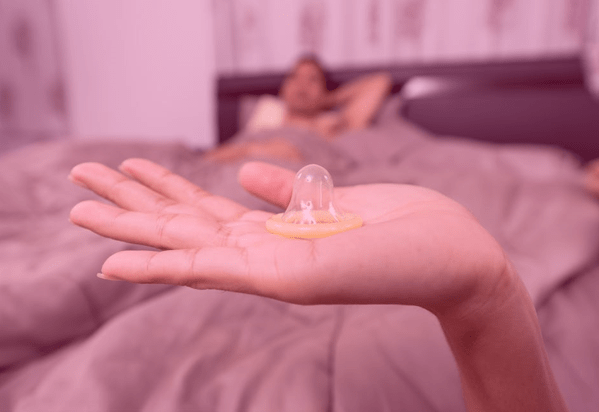 It’s not an uncommon story. Boy meets girl. Boy and girl have drinks together. Boy and girl get a little frisky. Boy and girl go back and have unprotected sex. A one-night stand doesn’t bat an eyelid these days, nor does unprotected sex really. Generally speaking, nearly all of us have been in this predicament – we’re human, we make mistakes, it happens.

Unfortunately though, things seem to have taken a sad turn for the worst. I don’t just mean more people are having unprotected sex because let’s face it, that’s pretty much a given, as long as you both know you’re clean and consenting (and hopefully using some other form of contraception too!)

No, I mean the most important thing when it comes to sex is being affected by this controversial act – consent.

Consent is – without a doubt – THE biggest factor when it comes to having sex with someone, even if you’re in a relationship. Permission to do something (or someone) acts as the red or green light for something to happen, but it’s almost as if some people are ignoring the signals and “joyriding” if you will, with this act on the rise. So, what is it?

The horrific practice of men secretly removing their condom during sex without consent is commonly  known as “stealthing” and women all over the world are being warned about this by all forms of media (and everything in between). Of course, it’s a bloody terrible thing to do – not to mention it’s downright deceitful – but is it simply frowned upon or a serious sexual assault?

People all over the place are reporting stealthing as a “trend on the rise” but is this accurate? Just because something’s been given a new-fangled name doesn’t necessarily mean that it hasn’t been happening for years, which I’m fairly certain it has. Although, what is on the rise is awareness (on a subject that isn’t really talked about) that it’s totally, definitely, 100% not OK.

Victims (which they certainly are) of stealthing have been left with a “deep feeling of violation” and can you blame them?

Conventional wisdom suggests that if you’re sharing your bed with someone, you’ve built up a significant amount of trust in that person and performing an act like removing a condom mid-coitus shatters that strong foundation that two people have worked hard to build.

I suppose (in some way it could be perceived as a bit of a grey area because on the one hand, if you’re already having sex with this person, it’s safe to assume that you’ve consented to sex BUT did you consent to sex regardless of protection? My guess is no, and why would you? If you’re being safe, you’re protecting yourself from pregnancy and STIs but if a man removes his condom, he’s leaving you completely open to these risks, both of which can be monumentally life changing, causing emotional, physical and even financial harm. Nice guys eh?

In fact, just recently, a man in Switzerland has been convicted of rape due to the fact that he took off his condom without telling his partner and he was sentenced accordingly because the court came to the conclusion that the woman in question would not have agreed to sex if she knew she would be unprotected. I mean, there’s no specific law covering stealthing at present but it’s definitely something that’s in motion because it does follow the same principles of rape and assault – a lack of consent.

Maybe with these disturbing going-ons behind closed doors, we women need to start being much more vigilant. Rather than simply getting down and dirty, beforehand, we should be clear about “what’s next”. Some men might see this as a bit stuffy, a bit too formal, a bit full on perhaps, sure, but if a man doesn’t respect your wishes, is that REALLY someone you want to be jumping into bed with at the next available opportunity? Probably not.

Whether stealthing is on the rise or not, it’s better that we’re clued up either way to protect ourselves in situations where we might be vulnerable. It really is better to be safe than sorry, especially where your body (and dignity for that matter) are at risk so don’t shy away from being totally frank about your expectations with a man. Trust me, if he’s a good guy, he’ll probably thank you for it.

So where stealthing’s concerned, keep your wits about you. End of.