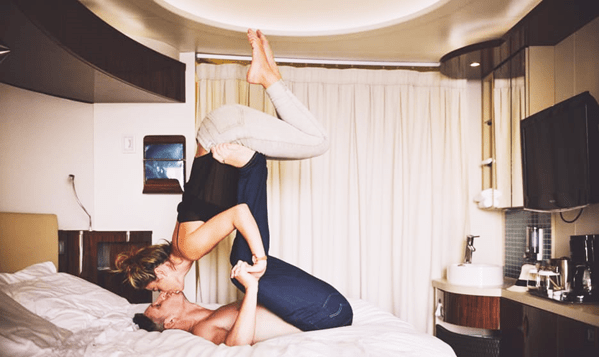 This post isn’t for girls, or guys, it’s for everyone. Relationships aren’t just about women, or men, they’re about two people who are really attracted to one another, enjoy each other’s company and well, you know what I mean. However, as much as we all like to think we know it all, we don’t. As the old saying goes, every day is a learning day and whether you’re single and dating, in a relationship (short-term or long-term), married, whatever, you’re constantly finding out new things about relationships and it’s pretty surprising.

We’re in January now (hooray) and with the rest of the year well underway, I felt it was high time I collated some wee pointers, truths, facts, quotes, whatever they may be, that might just make the penny drop for you in your relationship. Perhaps it’s something trivial that you never really acknowledged or something a bit bigger that you might need to change, but whatever it is, now’s the time to do it.

So, with hope and agenda, here are 35 things you NEED to know about relationships.

1) The right person never stops showing you how much they love you, especially when they already have you.

2) If something bothers you, just say it before you get frustrated. Small conversations are constructive. Big arguments are destructive.

3) Women are easily pleased: a thoughtful text or an “I love you” post-it would make a woman smile more than a bit of jewellery.

4)  If he pays attention to your family and friends even when you’re fighting, it means he doesn’t want everyone  to know your problems, he wants to project strength – he’s a keeper

5) Every girl wants a guy to tell her she’s beautiful, especially in the morning.

6) Couples who are generally obsessed with being all over social media are the least happy.

7) If a man kisses a woman on her forehead, it shows that he is proud to have her and is very attached to her.

9) If she mentions it more than once – NEWSFLASH – it’s bothering her.

10) If someone seems happy without you, let them stay that way. Period.

11) Once you start getting secretive, you’re already being unfaithful.

13) If your partner has seen you at your absolute worst and is still standing by you, that’s real love right there.

14) Relationships aren’t easy, you’ve got to work at them, but make sure you’re putting the effort into the right person.

15) Love is both physical and emotional: you need both to make it work.

16) Don’t use words out of anger because anger will pass, but your words can scar a person for life. As the old saying goes, if you can’t say anything nice, don’t say anything at all.

17) If you always find time to talk about the future and make future plans, chances are, there’s a real future in it.

18) 80% of women use silence to express pain: that’s right, if she’s ignoring you, she’s REALLY hurt

19) If you get that gut feeling that something isn’t right, chances are, it isn’t

20) Always be grateful for small gestures and never discard someone’s effort to make you happy.

23) Compromise is key: you’ve got to be able to bend to make a relationship work, but if you bend too much, you snap.

24) Never rush into a relationship because you’re afraid of being single. It only ends bad.

25) One little lie is enough to question all truths.

26) Your relationship will last longer if you stop telling everyone every little thing that goes on between you.

28) If you want your relationship to work, never EVER be dishonest, even about little things.

29) Include your partner with your friends, not all the time, but make them a part of your life.

31) You don’t cheat on someone you love. No excuses. Cheating is a choice, not a mistake.

32) If you love someone, tell them, and never stop trying to show them.

33) Never take someone for granted because they might be here today but gone tomorrow.

35) If you find someone to love the you YOU love, don’t take it for granted, people like that are hard to find.