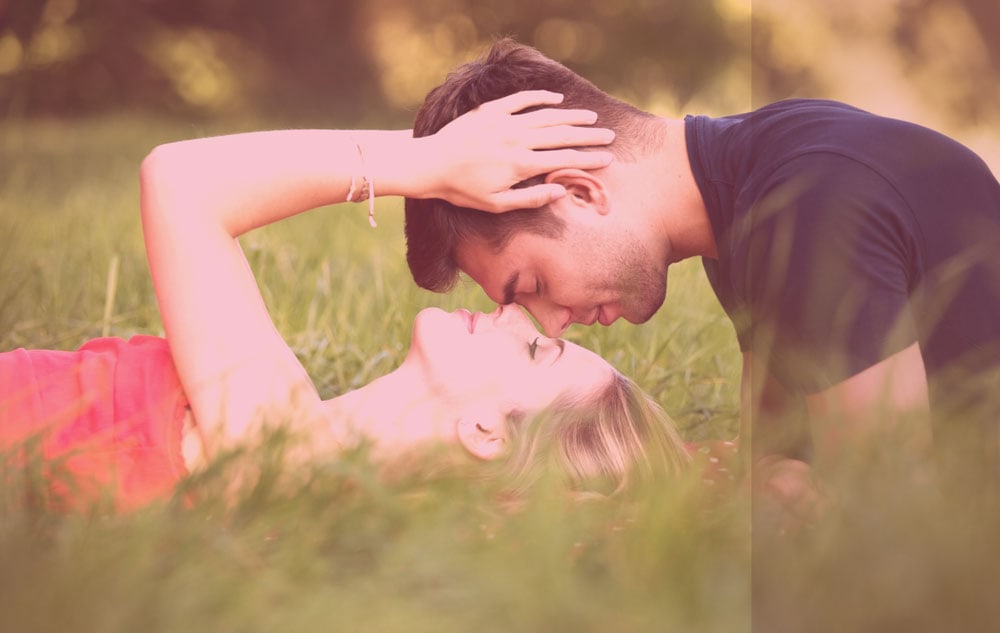 Even after all the success stories online about interracial couples meeting on dating sites, lots of people still believe the never disappearing misconceptions and myths about international dating.

A controversial TV show on TLC, the 90 Day Fiancé, clearly depicts international couples who mostly met online, and if they could really get the happy ending they were hoping for. One of the most talked about couple is Anfisa and Jorge. Both met online through mutual Facebook friends, and when Anfisa moved to the States to be with Jorge, his family was always telling him Anfisa was only after his money.  Though on the show they had their ups and downs (which couple doesn’t?), they’re still together. Anfisa even got Jorge to do couples yoga.

Even with everybody else’s negative opinions, that shouldn’t stop you from finding your happiness no matter where in the world they may be.

Top 5: It’s all about your money

It is a common assumption that international dating is only for rich guys. Why? Because it is believed that foreign women are just after money.

Yes, you could see women of all nationalities and cultures from dating sites, and they’re there for many reasons. For most of them, they’re looking for their ideal partners.

It’s only natural to set standards when you’re dating someone. When we think about our soulmate, what are the qualities that you imagine aside from looks? Are they smart and career-oriented? Passionate and family-loving? No woman wants to be with an irresponsible jerk who can’t get his act straight.

All in all, it was never about money. People look for partners who are responsible adults who can support themselves and the family they’re about to have in the future.

Top 4: It’s only for losers who can’t get dates in their country

Whoever started this rumour is just jealous. They’re jealous that they didn’t get the chance to meet amazing people from different parts of the globe.

Even before international dating was a stigma, online dating itself was one. But now, mostly any person that you talk to has tried an online dating app once or twice. Now that online dating platforms are taking it up a notch at connecting you with singles, you can chat with literally anyone anywhere on earth. It’s like meeting people from all across the globe without actually being there.

So international dating doesn’t make you a loser, it makes you look very cool that you’d get to meet singles from all over the world and build relationships with them.

Top 3: Scammers! Scammers! Everybody is a scammer!

When someone talks about online dating, scammers aren’t far behind the conversation. Even waaaaay before online dating or even the internet was invented, scamming was already a thing. The only difference now is that they went digital. But the goal remains the same.

You can’t get scammed as long as you don’t allow yourself to be scammed.

To achieve that goal, you need to be in a reputable international dating site. So a little research in this part goes a long way. But even if you joined a trusted dating site, you still need to have your guard up. For instance, we all see the pop-up banners on websites citing “Single Russians in your area!” but chances are, they’re spam! Be sure to do your homework, for example, if in fact you DID want to meet Russian singles, select a trusted Russian dating site like TrulyRussian. See what I mean?

Don’t fall for shady tactics like clicking on an unknown link they sent you, sending them money after they told you about this sudden tragedy, giving them your personal information (like email address or social media) so you could continue your so-called conversation there.

As long as you’re careful and decisive, you’ll do fine.

On another note, there have been many cases some people considered international dating sites a scam for reasons such as getting their heart broken and expecting the dating site to be free when it’s not. Before going through with online dating, be sure that you know what you’re getting yourself into. Don’t go out and blame the entire dating niche for your oversight.

I can’t speak for all the women in the world, but the many foreign women that I know and love are far from the docile people that most folks perceive. They are very bright, independent, and could accomplish anything.

They have great talents and strong wills that makes them achieve so many things.

Top 1: It’s all for the love of Green Card

Of course, let’s save the best for last.

When you think that being accused of being a gold digger is bad, try being a foreign woman who is accused of only dating guys from foreign countries just to obtain legal residency in the poor dude’s home country.

What a load of crap, right?

Yes, you’ve read stuff and seen shows on the telly about a guy being broken hearted over a girl who married him and then immediately left him after getting her green card.