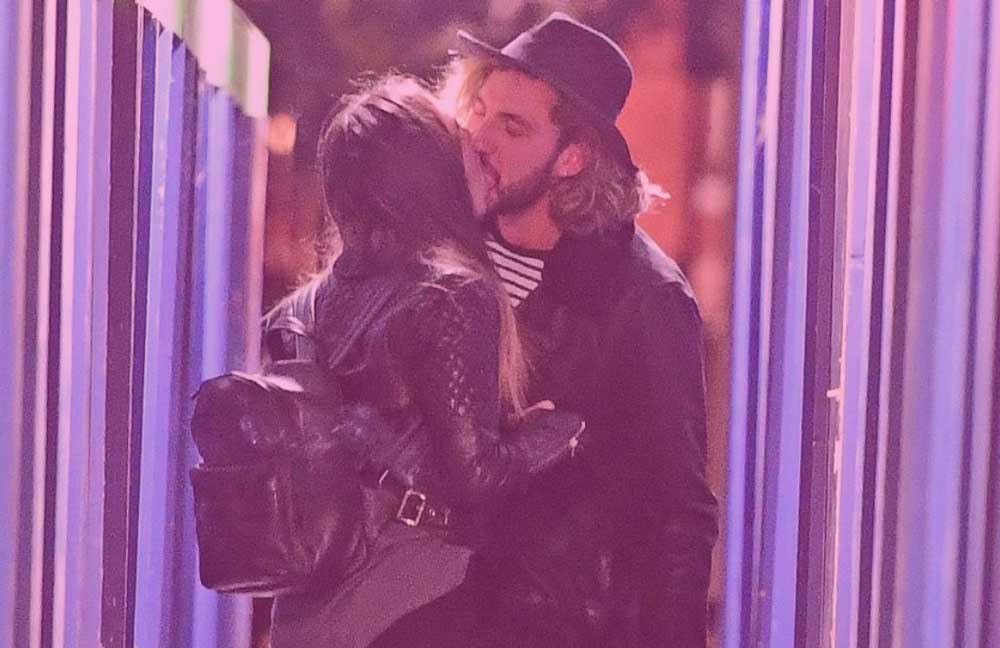 That’s right folks, hold the front page. A couple competing on Strictly Come Dancing have been caught snogging by the paps. Yep, you read that correctly. Popular comedian, Seann Walsh, and his glamorous MARRIED professional dance partner, Katya Jones, were seen in a little more than a friendly embrace outside a London pub.

I should probably be acting a little more sensitive and perhaps a bit more shocked and almost saddened at the news, but I’m not one to fake it – in the bedroom, or on paper. These “affairs” that seem to happen continually on the BBC TV Series Strictly Come Dancing no longer come as a surprise to the public, hence the whole phenomenon has been given the name “The Strictly Curse”. In fact, as far as I’m concerned, I think they should consider a rebrand to the term.

I think it should be called “The Strictly Test”

Test, meaning to test their relationships.

The female party concerned as part of this drama – Katya Jones – is actually married to another pro-dancer on the show, so I imagine this incident, if it doesn’t affect their relationship, may certainly affect their careers. Similarly, Seann Walsh has created a bit of stir himself. He himself isn’t a free and single agent. His girlfriend – Rebecca Humphries – was shown to viewers in the audience clapping and cheering as he finished his dance. Awks.

So, back to my point. The Strictly Test. Let’s think about the reasons people do actually cheat on their partners. Firstly, they could be unhappy in their relationship which causes them to stray. I’m not saying it’s right, nor am I excusing it, but it happens. People realise the grass is greener and whatever happens, happens.

However, when you’re working in the limelight, probably best not to rub people’s faces in it, eh?

Working closely with someone day in day out means that you’re going to form a relationship with this person and a close one at that. Not necessarily romantically, or sexually, but you’re going to develop a strong bond. By doing so, you’re putting your relationship to the test. The test is being flung into a 24-hour situation with the opposite sex and remaining emotionally committed to another. Can you resist temptation in such a situation? Obviously a lot of people have, and will continue to, but it seems Seann and Katya couldn’t – maybe that’s a good thing.

If their relationships were already not in a good place, perhaps it’s taken this situation for the penny to drop.

Sure, it’s not the ideal situation, but better them realising now than 5 year’s down the line right? Maybe. My issue is that we can sit here and speculate until the cows come home about the whys and the whos and the whats and the wheres when it comes to figuring out the reasons behind these affairs that seem to happen all too often on Strictly. My opinion? Just circumstantial, you’ll never really know the reasons.

As much as all the online news sources profess to know all the ins and outs of celebrity relationships, no one – and I mean no one – ever really knows what goes on behind closed doors in a relationship other than the two people involved. So, who are we to judge? In this instance, it’s happened. Seann and Katya kissed – perhaps drunkenly – as a result of their close working bond.

Was this very public display of affection indicative of the pair both being in failing relationships?

Who’s to know. Not us that’s for sure, and we’re in no position to sit on the panel flapping our paddles in the air as if we’ve got a sniff of a clue as to what’s going on. Oh and the same applies to real life too. Think about it – your friends, your colleagues, your family. Chance are a lot of those people are in relationships and I guarantee you’ll have a strong opinion on their relationships. Next time you think it’s best to put your two pence in, perhaps do it privately, or not at all. You never really know what’s going on. Something to think about…