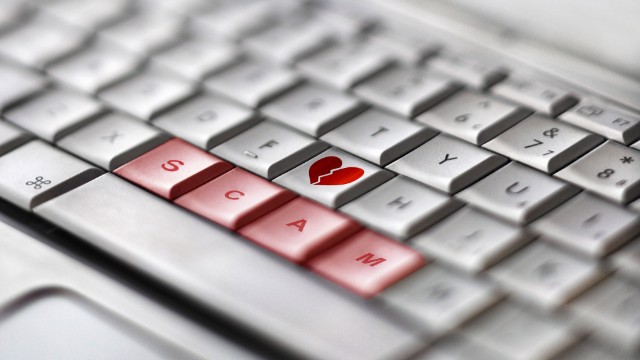 Online dating is the future of matchmaking. And with that trend comes a fair share of problems. For starters, dating itself is about vulnerability. You put yourself out to a prospect in hopes of establishing a connection. If it succeeds, you go home happy. And if it doesn’t, well you have to try again.

Online dating requires vulnerability… and yet allows anonymity. And that’s a dangerous combination. Victims have to be vulnerable to get a date. And scammers can be anonymous while taking advantage of them. It’s the reason why internet romance scams are so prevalent. So, if you want caution, we’ll help you. Below are common internet romance scams to watch out for, and how to protect yourself against them!

Probably the most common. And the primary targets are female.

* Man asks to meet woman to do some sexual acts on camera.

* The acts are recorded. The man uses the recordings to blackmail the woman.

Basically, the scammer will threaten the victim to expose the recording to friends and family. The threat involves damage to the girl’s reputation. And in some serious cases, it leads to job loss and destroyed families.

Here’s How to Protect Yourself.

Never do sexual acts on camera. The only reason for that is to profit from pornography. And that’s not a goal for most online daters. Another thing you can do is find trusted dating sites. Read reviews, and select the best ones you can find. To find some dating site feedback, check GoDateNow Reviews.

It’s not as serious as blackmailing. But if you’re naïve enough, you can lose thousands of dollars. This scam happens a few weeks into dating. By then, there should be some level of trust between victim and scammer. What happens is, the scammer asks the victim to send money (as a way to further their relationship). Even worse, it could be for a vague “humane cause” – like a sick family member, job loss, etc.

Usually, this scam happens (most of the time) to 1st world folk, when they date 3rd world prospects. It also happens to both men and women. Thus, you should pay attention to the financial differences between yourself and your date. If there’s a big gap, then chances are – you’re getting scammed.

How to Protect Yourself.

Never discuss money in online dating. Never show off how much money you make. And if asked, just say that you have enough to get by… Also, never send money for anything like “passports.” If you want to meet an “overseas” partner, pay for the tickets yourself, instead of sending them cash. And finally, make sure you meet them offline. And if you can’t, then rest assured that your prospect is a shady person.

It’s another variation of financial scams, which again targets female victims. Here, the scammer will falsify an admirable personality. That’s usually be a military personnel, or someone doing a human cause. The scammer then fakes a hardship story to get the victim to send money.

“Pretend” military folk might fake the inability to use their own money in combat areas. Or, they might pretend to be a veteran in financial distress. Even worse, they might pretend to own a fake organisation for supporting victims. Those could be domestic abuse victims, orphaned children, or just homeless people. The point is, they’re fake. And there will always be demand to send some money.

Just never send money when online dating. Never make money a topic, ever. If it ever gets to money, know that you have other dating options. It’s as simple as that.

It’s always about the money. Keep that in mind, and you’ll never get scammed. Also, note that most online dating victims are easily-influenced sensitive people. Don’t let that sensitivity be used against you. Instead, make sure you’re cautious with who you date, and what they have to offer. So one thing we recommend you do is read dating scam stories. It should give you some perspective into scammer mentality. And it gives you some kind of protection against the mind tricks the play!

P.S. This is the first of what I hope to be many guest posts from my lovely friend Alex!