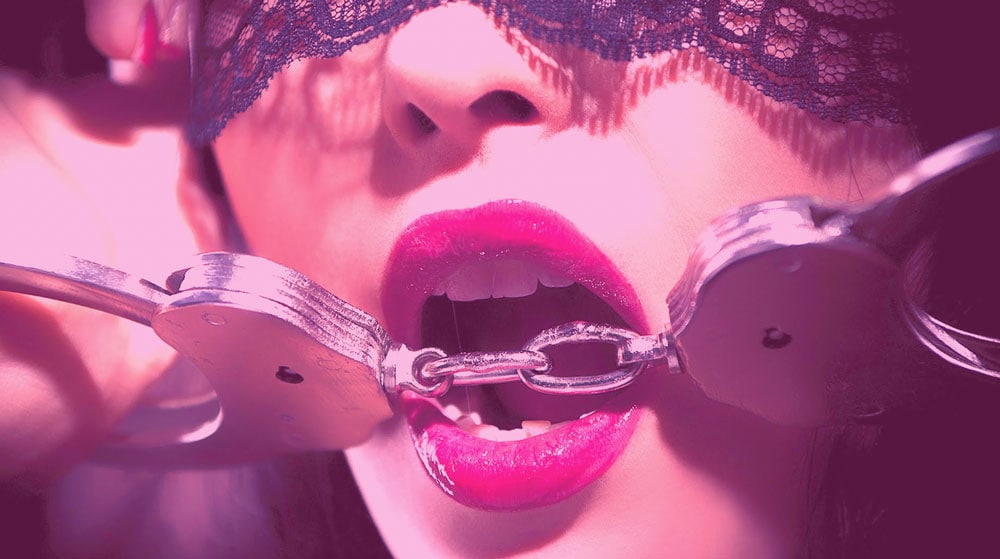 We may not talk about them openly, we may keep them close to our heart, we may have explored them once, we might have had fun with them numerous times, but as much as some of us might not like to admit it. We’ve all got them. Sexual fantasies, that is.

4169 wonderful people were surveyed by the folks at Bondara, a leading UK Sex Toy Retailer, to discover more about the UK’s top sexual fantasies and the results were, well, I’ll let you be the judge of that…

Hell yeah we do! Why on earth would you want to have sex with someone you’re massively attracted to only to be kept in the dark. Granted, I believe a lot of it has to do with self-esteem issues, and perhaps creating the mood or something along those lines, but in my opinion, get those spotlights on and enjoy the show.

Bondage is the nation’s biggest fetish!

I suppose it’s hardly surprising with the rise of the Fifty Shades of Grey motion, but it’s truer than ever. Us Brits love a bit of kink in the form of bondage. That’s right, whips and chains ladies and gents! It’s always good to explore your sexuality through a variety of different tools and toys, and sometimes, being restrained can really get you going in ways you wouldn’t image. Worth a shot.

Wales claims the title of having the most sexual partners

With 24% of people in Wales having more than 21 sexual partners, they pipped us all to the post. Surprising really, either they’ve all got huge sex drives or they’re just a bit more laissez-faire with the whole no sex before monogamy motion, which I’m sure Patti Stanger will be thrilled to hear no doubt. Nevertheless, good on ‘um.

Tom Hardy & Holly Willoughby are the UK’s most fantasised celebrities

Don’t think this need much explanation really. I mean, as a woman who can appreciate the female form, Holls ticks all the boxes the lucky bugger. And Tom Hardy? Well, let’s just say he could light my candle anyday of the week…

People feel their sexiest in the night

Well I can totally relate to this one. When I wake up in the morning, my hair makes me look like I’ve been dragged through a hedge backwards, my pyjama bottoms are no doubt riding up my bum, and the teeny-weeny bit of mascara I happened to miss when cleansing my face the night before is probably smudged across my cheek. Not exactly the ‘would bang’ look, nor do I feel empowered in this state. After dark though, that’s a whole different story…

Cheeky monkeys. I must admit, 10 doesn’t seem like an alarming number in the grand scheme of things. Although does this mean that other regions have slept with more or less people? Perhaps more research is necessary. Nevertheless, it’s good to know that we – as a nation – have not gone stale, and we’re all very much sexually active. Well done everyone!

So, there you have it you kinky lot. Have I missed anything?