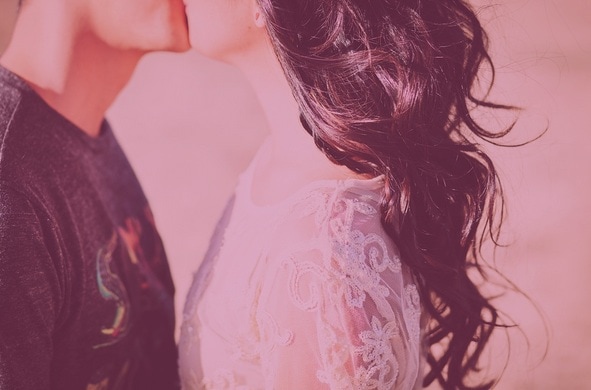 So, you’ve been dating somebody for a while, and you’ve had the odd snog.

You might even have been to bed with them. There will come the point when you want to make it “official.” In other words, you let everyone know that you’re together and that you’re no longer available for sexual encounters with other people.

Sometimes, both partners will assume exclusivity without saying a word. The relationship is going so well, and it is so all-consuming that it doesn’t even enter the conversation. At other times, though, one person will ask the other if they want to take it to the next stage. And that’s where things can start to get tricky.

You might want to make your relationship official, but your partner – or whoever you’re seeing – may have other ideas.

You can see the potential in your relationship, but they might not be ready for it yet.

Don’t assume that having sex makes it official for them. You might both know how to put a condom on, but that doesn’t mean that you are both ready for something long-term. Your partner may see the situation differently. They may assume that they still have options.

Sometimes it can be difficult to know what to say when they say that they’re not ready to make it official. There’s a part of you that wants to argue and make your case. But part of you worries that this will make things worse.

So what should you do if you want to make it official, but they don’t?

Quality relationships must feel voluntary. You can’t force or pressure someone into loving you exclusively. And nor do you want to. If you try to compel somebody directly or through emotional manipulation, you’ll inevitably scare them off.

The best approach is to attempt to earn their exclusivity while also setting clear boundaries.

You don’t have a right to the affections of your partner. They are free to give their love to whom they choose. But what you can do is rig the situation by being the best person you can be and trying to win them that way. Go into your encounters with an open mind and give them the freedom to explore their emotions. Prove to them that you’re worthy of their time and that they should get into a relationship with you. Get them to want to be with – and only you – through your passion, dedication, and actions.

You need to be careful, though. You don’t want to find yourself bashing your head against a brick wall for years on end. If you have done everything that you reasonably can and they’re still unwilling to commit, then you may want to consider moving on.

Ask Them How They’re Feeling

Typically, when somebody doesn’t want to commit, it is because of some awful baggage from their past. They might be a great person, but getting involved in a new relationship feels like a nightmare to them. They got burned, and so they’re not ready to jump back into the fray.  You need to be careful with people like this. There are a lot of good individuals out there with broken hearts.

It’s not your job to put them back together again – only they can do that.

But it is your task to explore their feelings with them. When you do this, you soon get to the bottom of their commitment issues. They might not be ready for emotional vulnerability. Or they may literally fear the power and control that you might have over them if they agree to take things to the next stage.

Again, you mustn’t pressure them. Just ask them gentle questions and then let them open up to you. Practice good listening skills to find out more about what went wrong or why they’re unable to take the next step with you.

Know That You’re Still In Control

Nobody likes to be strung along by somebody who is vacillating over whether to get into a relationship or not. It feels like you have no power, and they make all the rules.

Just remember, though, that you always have the option of walking away.

You don’t have to wait for an eternity to get what you want. There are other people out there who give you what you want. Sometimes taking a stand can force the person you’re dating to evaluate their feelings and come to a decision. Showing that you’re willing to walk away is one of the most powerful negotiation tools in the book. Use it to your full advantage.

Be Clear About What You Want

Laying your cards on the table can feel a little scary, but it is necessary if you want to resolve things. Be clear about what you want and where you stand. Setting out your demands will tell your partner that you’re a strong person who has clear standards in a relationship. It is a great way to weed out the people who are messing you around and provoke action in those who are not.

Taking a relationship to the next stage can feel like a big step for a lot of people.

If possible, try to put aside your feelings of worthlessness if somebody doesn’t want to commit to you. Often, it says nothing about you at all – it’s all about what is going on inside their head. And even if it does have something to do with you, know that you still have plenty of options. Even if one person isn’t sure about the merit that you bring, there will be plenty of others who will be.

Ultimately, the power is in your hands. You don’t have to chase and chase.

You should always go into a relationship with a curious attitude. All you’re doing is finding out whether somebody is ready to commit – and whether they’re worthy of yours. If they can’t give you what you want, they might not be the right person for you. It is better to find out now rather than later on when you’re married with kids.