Fizzling sure as hell isn’t a new concept in the dating world. In fact, it’s been a common occurrence for many, many years and I, amongst hundreds and thousands of others I imagine, have experienced it. It’s not a nice thing to go through, but as long as you can recognise if and when it’s happening, you can certainly save yourself the heartache.

Being ‘fizzled out’ isn’t a mutual decision to end a relationship, this is a common delusion amidst the masses. Conventional wisdom suggests that it takes two to tango, but only one to fizzle, and generally speaking, this only really happens between two people who aren’t really clear on what they are. They haven’t yet had ‘the chat’ or gone through the stage of labelling each other as boyfriend and girlfriend. This applies to two people who have been dating (or seeing one another if you will) and at some point, one person has lost interest, and just doesn’t have the balls to say it.

As the term ‘fizzling’ suggests, one person simply doesn’t ‘end’ the sort-of relationship, they slowly begin to fade away into oblivion leaving the other wondering what happened, how it happened and why. It’s not a nice thing to do. Remember that. It’s the coward’s way out. There is certainly no harm in admitting that you believe yourself to be incompatible with another, so why so many people shy away from the truth is beyond me, as fizzling seems to be the go-to option for many undefined couples. So, how does it happen?

You feel AMAAAZING after having met this person

So you’ve met this guy, and he’s not just another Tinder match or Friday night fling. This man has the potential to be the real deal, and sure, you don’t want to come across keen as mustard but it’s pretty hard when this individual ticks all the right boxes and literally gives you that fluttery feeling you’ve been craving for so long. There’s definitely more to this person than a one night stand, this could actually go somewhere, and you can’t contain your excitement.

So after the feelings of elation settle slightly, you needn’t worry as you don’t find yourself waiting for a text back, because he’s online waiting for you to respond. What a stroke of luck! Imagine, the guy of your dreams (or close enough) is, for once, on the same wavelength. You’re talking, you’re texting, you can’t help being in each other’s thoughts 247 and you’re falling hard and loving every second. Suddenly, you begin to see the sunshine through the clouds and the world is full of rainbows and bunny rabbits as you envisage your Disney style happy ending. Sure, you’re not in a full blown relationship, but who cares, because at this point, that’s definitely where it’s heading.

Suddenly, something doesn’t seem QUITE right

Naturally, as a female who’s completely besotted, your first thought in this situation is “am I being a total psycho?” but unfortunately, the answer is no. You start to notice little changes. You’ve gone from feeling like high school sweethearts to, well, not that. Maybe you’ve not received a text from him in the morning you normally would? Maybe he’s not sent you a photo like he normally would? Maybe he’s not in touch like he was at the beginning? The messages slowly start to become less, the phone calls diminish, the passion and excitement begins to fade away, but of course, you were both so excited by the idea of spending time together initially that in your mind, you makes excuses and believe that everything’s still A-OK.

You begin to justify the changes, and it hurts

In this case, silence most certainly isn’t golden. It’s a sign that this person who has occupied your mind for weeks and had you weak at the knees has now made it clear that they are losing (or have lost interest) in the thought of you becoming official in some form. As much as you want to ignore the warning signs, you yourself slowly begin to accept that you don’t wanna be the one who always texts first, and even when you try to prove a point by thinking “okay I won’t text him all day and see if he gets in touch” and nothing. That shit hurts. How it’s possible to go from something to nothing in such a short space of time is an emotional rollercoaster that no one wants to ride.

And that’s it, you’ve been fizzled out for good

That’s it. The sparingly sent text messages suddenly stop, the blue ticks are abundant, you don’t make plans to see each other and the informal infatuation ends. It’s the worst. A whirlwind romance turned natural disaster. Of course, you can’t really get totally annoyed because you were never really ‘a thing’ but to be fizzled out and gain no sense of closure is a bit of a kick in the crotch. It was such a short space of time you were seeing each other yet it still sucks when you’re ghosted into oblivion by someone you saw potential in (and had developed real feelings for, for that matter!)

If someone fizzles you out of their life, know that it was never love, it was lust. It was more than a few moments of passion, but nothing worth crying over. If someone doesn’t have the common decency to speak up and say if they don’t think something’s right, then something isn’t right with them, that much is clear. In fact, if you think about it, maybe being fizzled out is a blessing in disguise AND if the fizzler pops up a few months down the line with a “hey how are you stranger” sort of line, have the strength and self-respect to delete that message, put your sassy pants on and realise that you’re not a quick fix, you’re a queen. 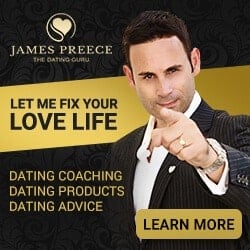