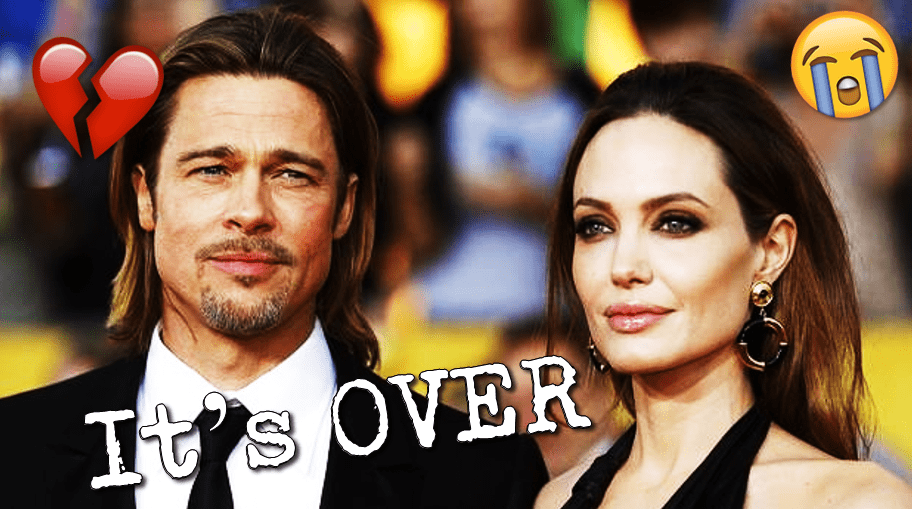 So the news is in, Brangelina are now to be – once again – Brad Pitt and Angelina Jolie, as Ang has today filed for divorce from her main man after a decade together. Wow. NO ONE saw that one coming. Of course, there’s the odd bit of conjecture in the press suggesting their 8 year relationship and 2 year marriage was on the rocks but we definitely didn’t take it seriously. I mean, why would we? They are (were) the ‘it’ couple and we simply assumed that they’d got their Disney ending, being a happy one.

I guess we were wrong.

Sure, Brad and Ang are big-time celebs and yes, we think we know all sorts about them but in reality, I guess we know very little, or only what the media wishes to force on us. However, it seems we don’t just think like this about celebrity relationships, we think like this about all relationships. We look around at our friends and families and simply assume that everything is butterflies and rainbows until one day, everything changes, and I couldn’t help but wonder…

Are relationships as black and white as we sometimes think?

To put it bluntly, no, the answer is no. Of course relationships aren’t black and white, where do you think all the amateur dramatics come from. Relationships are about as grey as they can get, and I don’t mean Christian Grey before any of you little tinkers start to get the wrong idea.

As young uns, I think it’s safe to assume that we were all brought up watching Disney films and may I just say, what a wonderful way to give everyone unrealistic expectations about life. Jeezo, I definitely entered my teenage life assuming that if I were to bargain with a sea witch, a handsome prince would almost automatically fall head over heels for me. How horribly wrong I was. I mean, it’s one thing finding someone you’re compatible with but it’s a whole different ball game making a relationships work with them.

That’s right, great relationships don’t just happen, they take work – hard work. Hell, even great sex takes work – why do you think they call it a blow job? There are of course elements of relationships which make the partnership a lot easier, for instance, similar goals, matching sense of humour, same interests, you get my drift. All that aside though, you’ve gotta face facts – you’re human – therefore you are going to disagree, you are going to argue, you are going to scream and shout and let it all out (unintentional Britney ref) but what it all boils down to is compromise.

Undoubtedly, we’re all completely different which is what makes us unique, so when two become one (unintentional Spice Girls ref), sparks might fly but just be sure that you can make peace with the reason as to why. For instance, he wants to spend his Saturday afternoon watching the footy? For God’s sake, let him. We all need outlets and you’ll be grateful of the ‘me’ time, I know I would be anyway. This might seem a pretty petty thing to argue about but trust me, I know a hell of a lot of people who do, but maybe that’s because that doesn’t sit right with them and that’s okay. Like I said, we’re all individual and we all have different needs, just make sure you pick your battles.

I guess when it comes to your own relationships, you know what works, you know what you like and what you dislike, and only you can make decisions about what happens and what doesn’t. This is why relationships are not as black and white as people think. You might tell your pals about something that happened between you and your partner and suddenly, every girl around the table has taken the form of Trisha bloody Goddard. They are, of course at your discretion, entitled to an opinion on the situation but you know yourself, you never REALLY share ALL the nitty gritty of what actually happened, because, well, we women simply don’t. Your friends are willing and able to offer objective suggestions but generally speaking, it’s up to you.

Think also about a time when something’s happened between a friend and their partner and you’ve totally disagreed with their decision, for instance, to stay in the relationship. You’re angry at your friend for being so stupid and naive, but should you be? You only heard the story from her, do you think he had a different tale to tell? Did she really divulge everything that went on? Maybe sometimes, we should assume not to assume.

Relationships are completely unique to each couple and that’s vital to remember in all situations – every couple is different so never judge, enjoy the ride, work it out, compromise, realise that nothing is black and white and being grey is, well, perfectly okay.