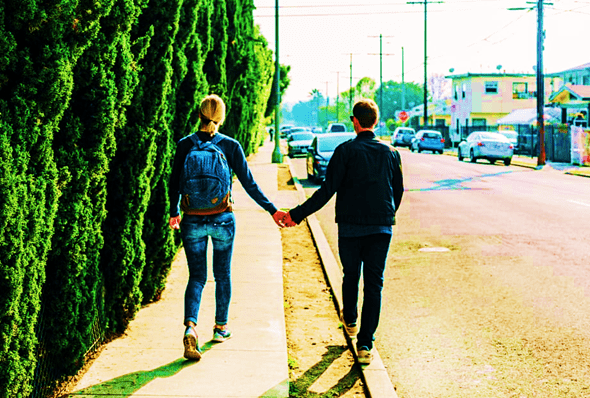 To forgive someone is to:

“stop feeling angry or resentful towards someone for an offence, flaw, or mistake”

Seems pretty straightforward right? No, and we all know this. To forgive someone for a wrong-doing can be a particularly difficult task, especially when it comes to your significant other. Generally, how we feel is logical but why we feel what we feel is emotional, and it’s hard to disassociate yourself from your feelings when you’re trying to forgive and forget.

Sometimes, we women are more than guilty of overthinking situations and as a result, overreacting and guys, we’re sorry about this and we’ll tell you that ,although there are points whereby we ladies are led to believe that we’ve overreacted about certain things and we’re left feeling guilty about giving out grief for one thing or another.

I guess it’s the same deal for our men too. We’re all human and we all make mistakes, so the benefit of the doubt comes into play on more occasions than one.  Guys can say the wrong thing, or lose his temper, or act without thinking, or… well… you get the gist, and whilst there may be a wee bit of upset in the interim, it’s usually pretty easy to forgive your man for the disputes caused by less trivial matters. However, when it comes to forgiveness in a relationship, there are 10 things you probably shouldn’t forgive him for:

Disrespecting your friends and family

If you’re anything like me, your friends and your family are your world. They’ve been there for you through thick and thin and you would do absolutely anything for them. Now imagine someone coming into your life and basically shitting all over that? No, not under my roof. No matter how much you like someone, don’t let them think it’s okay to slag your family off or be disrespectful about them to you, or even to them. No man worth his salt would even dream of it.

Okay, I know that in VERY FEW situations, a man remains to be friends with his ex for one reason or another, or perhaps he and his ex have a child together, so under these circumstances, it’s perfectly understandable, however in general, if he’s in a relationship with you, why on EARTH would he be getting in touch with someone he used to go out with? There is absolutely no reason to, especially if it’s on the sneak. This will only cause trust issues amongst other things but above all things, it’s just not cool. Not cool at all. Your ex is your ex for a reason, and if you want to sit there texting her rather than spending time with me, be my guest because my mother always taught me to give my used toys to the less fortunate.

Need I say any more? If ANYONE, EVER, thinks it’s okay to physical harm you, walk away immediately.

Putting pressure on you

If you don’t want to do something, here’s the great thing about free will, you don’t have to do it. You always have a choice when it comes to, well, almost everything. If you’re partner is pressuring you to do things you don’t want to, or he’s pushing you into making decisions you’re not ready to make, have a conversation, perhaps he’s trying to be supportive but going about it the wrong way? If not, make him understand that it’s not acceptable to force someone to do something, and if he still doesn’t get it, well, bye Felicia.

Unless you have a legitimate, almost certain, evidenced reason for looking through your partner’s phone (for instance), under any circumstances, this shouldn’t be done. Snooping breaks trust, period. Even if you live together or are married, you still have the right to privacy, so if your partner’s been looking through your emails or something similar without cause, can you really forgive him for being so untrustworthy without reason?

Blaming you for everything

Accountability makes the world go round, and relationships work for that matter. If you’ve ever been in a situation where everything is always “your fault” you’ll know what I’m talking about because a) you’ll know that everything wasn’t your fault and b) it was just easier to blame you so your partner didn’t feel bad. Erm, ladies, you do not have mug stamped on your foreheads so don’t just agree if you feel that you’re not to blame, put your foot down and “woman up” so to speak, it takes two to tango after all.

If someone decides that disrespecting you by being patronising, aggressive or rude (etc) is okay, then you have my permission (and the rest of the world’s for that matter) to inform them that it most certainly is not. Public displays of humiliation and other such nonsense are a vile way to assert dominance and make you feel plain bloody stupid, something you are not, so don’t stand for it.

As the Narcoleptic Argentinian taught us in Moulin Rouge, “without trust, there can be no love” and he’s spot on. Lying, even about the most trivial things, can erode any sort of trust you have built up over a period of time. Honesty is an integral foundation to a healthy relationship and once that’s broken, it’s pretty difficult to salvage. Sometimes, we’ll tell the truth about things we don’t necessarily want to because we’re afraid of the consequence but trust me, the consequences of being dishonest are a hell of a lot worse.

I realise a lot of people believe infidelity to be circumstantial but in my honest opinion, I feel that if your man can be intimate with someone other than you, does he REALLY love you? I can’t even comprehend it. Cheating is cruel, cowardly and more than anything, unnecessary and I don’t think “I’m sorry” could ever erase the fact that he was unfaithful.

Apologies if that was pretty full on, but I’ve made a habit of bring things to light that people try to avoid but it’s all for the greater good… as you all know by now. Just promise me you’ll remember your worth and don’t simply forgive and forget as a matter of convenience. You’ll never be happy that way, trust me, I’ve been there and done it.

So, on a more light-hearted note, here’s a GIF of a stretching kitten. Good night.