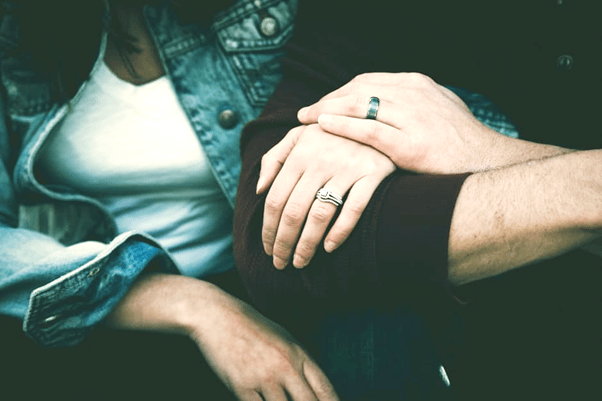 I’ve been thinking recently and I realise this is a dangerous past-time but these things happen, not overthinking mind but thinking nonetheless. As we get older, our eyes become more open to the realism of what’s going on around us. I’m not trying to get philosophical, don’t panic, but I guess cynicism has come into play as I’m beginning to reach my late twenties.

As a child, the only real understanding you have of relationships is that boy meets girl, boy marries girl, boy has babies with girl, boy and girl live together forever. The end. That’s it. Childhood naivety paints a completely black and white picture of relationships and by God, do I wish that it was just as easy to see things in this light as an adult, but it’s not.

I won’t lie (and I’m fairly certain you all know by now) that I’m a Disney princess. Not literally sadly – I mean in my head. I grew up watching Belle fall in love with the beast, Ariel fall in love with Prince Eric, Princess Jasmine fall in love with Aladdin… you get my drift. There was always a happy ending regardless of circumstances, true love always prevailed and growing up with these lukewarm sentiments leaves you knowing that “someday my prince will come” (as Cinderella so eloquently put it) but as an adult, you know that’s BS.

As I’ve got older, I’ve realised that relationships are a) not easy and b) not always as they seem. Back when I was a wee one, a friend and I were the only ones with divorced parents and the concept of having two separate families seemed completely alien to the other children, however nowadays not so much. There seem to be constant separations, uncoupling, divorces, break-ups – for one reason or another – and slowly (sadly) started to become more cynical, realising that divorce is just as common as marriage, realising that maybe we’re just not designed to be with one person, realising that maybe life isn’t a fairy tale when it comes to relationships and I couldn’t help but wonder…

Are we meant to be monogamous?

It’s not often I come across a negative cynic – because I’m not – but the rising rate of divorce and infidelity does beg the question, and that’s something I can’t make excuses for. As I started to mull the idea over in my head, I did my research and I’m not gonna lie, it was pretty upsetting. Did you know that up to 60% of men, and over 45% of women will cheat in relationship? What a horrifically unsettling statistic, and not to mention that nearly 50% of all marriages end in divorce these days.

I guess if we think back to the times of our grandparents and great grandparents, splitting up simply wasn’t an option as – for instance – women weren’t able to work therefore settling in an unhappy marriage wasn’t uncommon, simply to support their family. However nowadays, women have many more options and are pretty much non-reliant on men, therefore the decision to break-up is much easier. Maybe in this instance, we were never really more monogamous back in the day, it’s just that there’s more choice these days, and that’s probably the problem.

Choice. That’s it. These days, we have more things to choose than ever before.

1 out of every 2.7 couples will be affected by affairs because finding a “better” option is much easier, much more accessible, there’s more choice than to simply stay in a relationship that – at the time – you feel is going stagnant, but what happened to working at it? You’d think as technology and the likes has moved on over the last 100 years, we’d have raised a generation of super-motivated, hard-working individuals when in reality, the majority of people are just bloody lazy. Too lazy to work, too lazy to get things done, too lazy to work at relationships. Does it matter if we’re lazy? Well no, of course not, because there’s other choices to be made if that doesn’t quite work out. Messed up right.

Most of our lazy generation just don’t see the point in working at relationships.

I mean, can you blame them? Relationships aren’t very hard work, but they’re certainly not easy. When you’re in a relationship, you’ve got to learn and practice tolerance, compromise, patience, self-control, empathy… the list is seemingly endless, so why invest all your energy in that? Why be monogamous? Why not just have an open relationship? What’s wrong with having an emotional connection with someone you love, yet enjoying sexual pleasures with someone else?

I mean, what is cheating anyway?

In today’s society, we can ‘sext’, we can send ‘nudes’,  we can meet people on online dating sites and apps, we can have cybersex, we can watch porn for free on a million different websites, we can kiss other people on nights out, we can – well you get the gist. Some of these things are considered to cheating by some, but not by others, but at what point do we draw the line in the sand, at what point does this make us no longer monogamous? I sure as hell don’t know, I have no facts and no one really knows the answer to that, but everyone has an opinion and that’s what matters.

Relationships are between 2 people, no one else.

That’s the point. Right there, and perhaps the definition of monogamy is only defined by those two people. In fact, I’ve met people in open relationships who will say that they are emotionally monogamous to one another and that’s all that matters, and they’re incredibly happy might I add. If that works for them, great, because that’s their own definition but that certainly won’t work for everyone.

As much as I am willing to recognise that there are external factors  that could lead to an increased number of divorces and affairs in this day and age, I refuse to accept that we can’t be monogamous. Sure, we might not be programmed that way according to science, but it can happen. We might seem to see the doom and gloom in society but there are still so many successful marriages and happy couples who still, after years together, adore one another.

I will always be an old romantic. I firmly rest on my traditional thoughts that hopefully – one day – I will get married and be monogamous. I know that’s not what everyone wants and I suppose I’ve now come to understand that maybe we’re not MEANT to be with one person forever, perhaps it is a choice after all but as long as that choice makes you happy, that matters more than monogamy ever will.