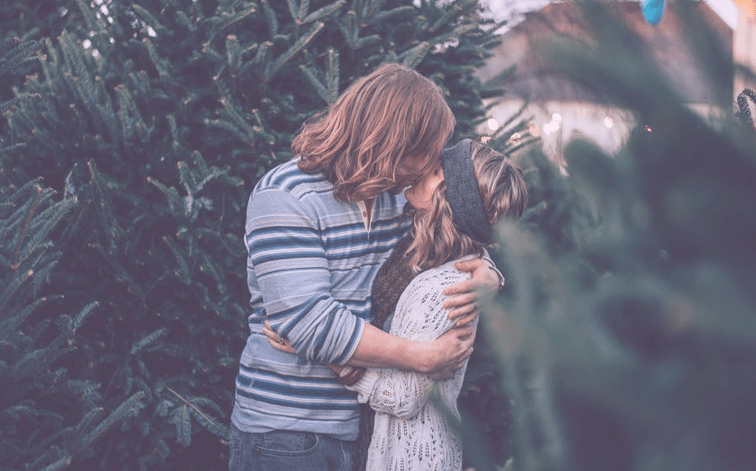 Dating is SO stressful!

Surprised to hear me say that? Don’t be. You know what I’m like by now and I’m not going to start lying to you now, now am I? Course not, but it’s true though! What to wear? What will they think of me? What if they think I look better on my pictures? What if they don’t like me? What if I don’t like them? Will I have a drink? Will there be awkward silences? What will we talk about? A mere, minor selection of the few thoughts that go through your head before the big event. Hello anxiety!
The thing is – dating SHOULDN’T be stressful – it should be fun and carefree, so I’m gonna try and help you with this. Narrative to the rescue, as it were. Of course, I can’t simply stop you from overthinking small situations because let’s face it, we’re all women and incredibly guilty of doing such things. However, what I can help with is getting you to focus on the basic dos and donts of dating to give you a mental  tick-list almost for, well, peace of mind amongst other things!

Do Dress For The Occasion

The old saying goes that you should dress to impress and it couldn’t be more right. Let’s face it, you’re never gonna get your hole if you show up lookin’ like a bag of washing are ya? Buy a new outfit, hell, even break the iron out. If you look good, you feel good, and confidence is the key to dating, and enjoying yourself too. This could be the one, so show them you’re making the effort!

No one wants to be left waiting thinking they’ve been stood up, even if you have missed your bus and your train and fallen in a pond in the process, make sure you leave yourself plenty of time to battle through the rush hour crowds at Glasgow Central, and don’t get distracted by the topless guy with the bongo drum on Argyle Street if you’re heading to the Merchant City. It’s easily done.

Do Keep In Touch

I’m not saying you have to be in constant communication because you won’t have anything to talk about on your date otherwise, but a little “on my way” text or “good morning” WhatsApp reminds a person that they haven’t been blue-ticked and that you’re still keen to stay in touch. Trust me, we women overthink enough as it is, am I right ladies?

Don’t Get Too Drunk

Of course, you’re always going to need a bit of dutch courage before any first, second or third date, but try and limit yourself to how much you drink. I can’t tell you how much to drink because we all know our own limits but just remember that no one’s gonna want to give you a great big kiss if you’re gonna whitey.

Do Get To Know The Other Person

We’re all human and sometimes, we can be pretty self-obsessed and love talking about ourselves – it’s only natural – but on your date, try and ask as many questions as you can (don’t turn it into an interview though) and really get to know one another. Keep the conversation flowing, don’t get too competitive and just enjoy the chat

I don’t mean to sound too old-fashioned with this one but it’s a biggie. Spitting, dropping C-bombs, no ‘pleases’ or ‘thank yous’ – pretty unattractive qualities on your first few dates so try and reign it in, nip it in the bud, you know what I mean. You don’t get second chances at a first impression, so make sure it’s a good one!

Dates aren’t as serious as some people seem to think, so let your bloody hair down! Why not try something different? Sure, it’s all well and good going for a drink but there’s loads to do in and around Glasgow. Just make sure you don’t end up taking your Rangers date down the Gallowgate.

You’re dating because you’re looking to the future, so why bring up the past? We’ve all had a crappy ex at some point so let’s forget about that absolute arsehole and think about all the good people out there, especially the one that you’re dating. No one wants to hear the story of ‘what happened’, at least not on the first date, so bear in mind that the past has passed and the present is a gift.

Some of us think we need to spend hundreds on someone we like to show them how much we like them and this isn’t the case, for guys or girls, imagine you went to meet someone and they handed you a DVD copy of your favourite film? Pretty great huh, even if it was a knock-off from the local car boot sale, it’s the thought that counts and that’s what matters.

Don’t Be A Ghost

Dates not quite going to plan? Not really feeling it anymore? Right, well, drop them a line and let them know, don’t just patch the person because you’re not into it anymore. Be the bigger person and tell them how you feel, and they’ll thank you for it – trust me. Once that’s off your chest, you’re sorted and ready to get back out there, whether that be your local or a dingy after-hours nightclub or, well, it doesn’t matter, I’m not here to judge.