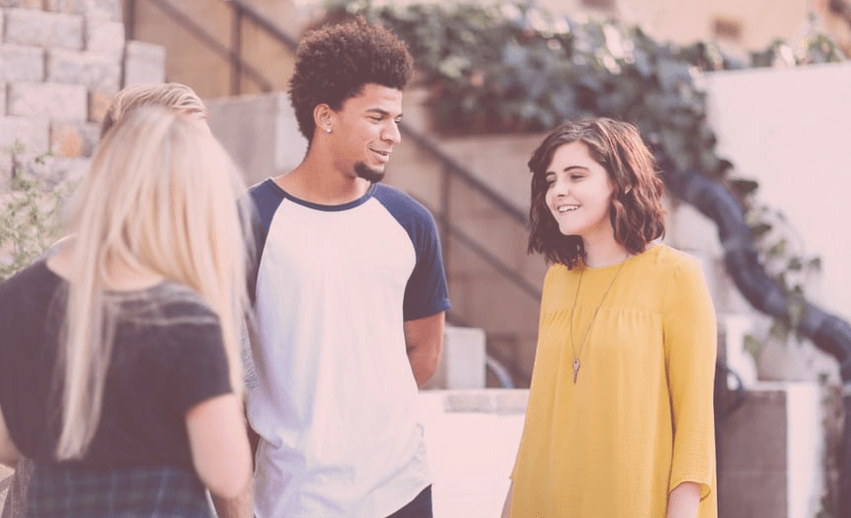 Swinging is one of those grey-area kinda things, even in this day and age. I’ve met loads of people involved one way or another (oo er) – people who go to swingers parties, couples who swing with other couples, even a lovely friend of mine runs swingers events. However, although people who love to get involved in swinging are more common than you think – probably living next door no doubt – swinging is still one of the least understood things around.

Do not fret, for that’s where I come in. Swinging dating is something that everyone kind of knows a little something about but people don’t really want to ask questions. Guess what? I asked them for you. It seems there are more than a few myths about swingers dating but the best part is that I have all the answers.

Women who swing are all sluts

It’s so wrong. Swinging doesn’t necessarily men “having sex with as many people as you can”. It’s about empowerment, it’s about having your needs fulfilled, it’s about exploring your sexual desires and fantasies, but also enjoying this with your significant other. It’s not about being a hoe. Trust me, that’s a whole different ball game.

People who swing are in unhappy relationships

This couldn’t be further from the truth. Swinging is about understanding the needs of your significant other and vice versa, and to understand these things, you’ve got to talk, listen and learn, which is a big deal. Swingers actually seem to be more secure and content in their relationships than normal couples because it takes a lot of trust, communication and commitment to swing. It’s those three things that make relationships strong as hell.

Swingers know everything there is to know about sex toys

Wrong. Just because a couple choose to have sex with others doesn’t necessarily mean they’re experts in the field (as much as they might like to think so!) Swinging is not just about sex, it’s also about exploration and experimentation, including finding out about different toys but hey, perhaps a beginner’s guide to sex toys will help you become a sex-pert!

Swinging is all about having multiple partners

I guess it’s easy to assume that going to a swingers party would be like walking into one big massive orgie but to be honest, it’s a bit – a lot – more tame than that. Generally speaking, people experiment in couples and threesomes. Sure, on the odd occasion there’ll be a group event but conventional wisdom suggests that twos and threes are actually the ideal numbers.

Swingers will have sex with anyone and everyone

Just because couples like to explore and share their sex lives with others does not necessarily mean that they drop their draws for every passerby. In fact, in a lot of instances, it can be quite the opposite. Swingers dating is sometimes about fulfilling fantasies with others – I don’t even mean anything too sordid – but perhaps a man might want to be with a tall blonde woman – pretty picky if you ask me?

Infidelity is not something that goes hand in hand with swinging. Where swingers dating is concerned, there’s a whole lot of honesty involved – honesty being something that certainly isn’t prevalent where cheating’s concerned. Swingers are 9/10 couples who are in deeply committed relationships and their activities are agreed up on – they have mutual consent. In fact, it couldn’t be further from adultery!

So, did we all learn something today?