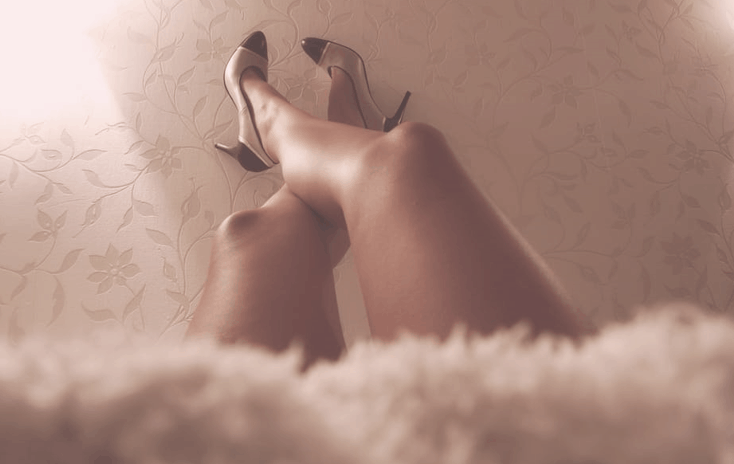 Let’s face it, we’ve all got our own turn ons and turn offs, but some are certainly a little more risqué and “unique” than others! These generally come in the form of what might be described as a fetish. Fetishes are more common than you think. Of course, in the light of day, everyone seems pretty vanilla but as soon as the lights go out, the secrets come out too!

What’s the difference? Well, a fetish is a form of sexual desire in which gratification is linked to an abnormal degree to a particular object or part of the body. In layman’s terms, they get a massive kick out of something that isn’t always necessarily stereotypically associated with sex.

We’ve all heard of a foot fetish or even a lingerie fetish, but that are definitely some strange, unheard ones out there but hey, who are we to judge? Each to their own! Don’t believe me? Well, be prepared to eat your hat, here’s just a few that I’ve come across and YES – they’re real!

If you’re anything like me, the thought of your biannual dentist appointment makes you weak at the knees for all the wrong reasons but yep, you’ve guessed it, there’s a whole bunch of people out there who are hugely turned on by teeth in any form they might come. Perhaps keep one eye open next time you leave a little gift for the tooth fairy – she might not be who you thought she was!

No, this isn’t the name of the famous train station in Wales, although that’s an easy mistake to make. This one only applies to the blokes and is actually the word used to describe those who find themselves monumentally aroused when receiving a painful smack, punch, hit – anything like that – to their genitals. Definitely not one for the squeamish!

I’ve no doubt that back in the day at the school disco, you played a good round or two of musical statues, but fast forward 10, 20 or 30 years, and there’s loads of adults around the world playing a similar game in their homes with a twist… for sexual gratification! Forniphilia is a fetish that involves people turning themselves into human furniture. Ever fancied tying yourself up to look like a chair? Nope? Not at all?

Is your man obsessed with his car? Well sure this can be perfectly normal for the male of our species but some people take their obsession to the next level. In this instance, if you’re a mechanophiliac, you’re physically AND sexually attracted to machinery – planes, trains, automobiles – you name it, they’ll probably want to bang it.

Ever heard of a golden shower? Some like it in the toilet, others in the bedroom. It sounds wonderful but the reality is that to most, it’s pretty disgusting. However, to the small few who have this fetish, it’s a beautiful blessing. Urolagnia is the sexual attraction to pee.

You’ve probably already guessed this one but Nasophilia is when a person is sexually attracted to the nose. Who knows how they could incorporate the nose into sex but by hook or by crook, if that’s the fetish, they’ll surely find a way – nostrils and all.

Have you been ever been referred to as butter fingers? If you’re a bit of a clumsy Clara, that’s OK, in fact, silly mistakes can be quite entertaining, but did you know that even the more extreme accidents are in fact a turn on to some of us? Yep, Climacophilia is when people get aroused by… falling down the stairs. I sh*t you not.

Remember when everyone went through the whole phase of wanting to be or meet a vampire after the Twilight saga? Well, some of us took that bedtime fantasy to a WHOLE new level. Vorarephile get a load of sexual gratification from the thought of being devoured, or devouring others. Let’s hope if you’ve found yourself in bed with one, they don’t wake up for a midnight snack.

Are you one of those women that just can’t stand their partner farting in bed? Yeah? Well, you’re probably not an Eproctophile then. That’s right ladies, this fetish is all about a man (or woman) being sexually attracted to flatulence. Not sure you’ll come up smelling of roses with this one!

So there you have it, the good, the bad and the ugly of the fetish world. Some like it, some don’t, who cares, we’re all different and that’s the fun of it! The question is – if you’ve got an unusual sexual desire, would you confess it to your partner?