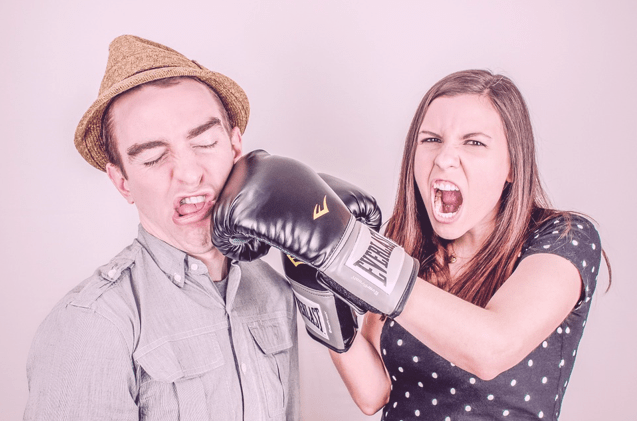 If you follow me on social media or through my blog or, well you know what I mean, you’ll know that at the end of February, my boyfriend and I got a house together. I bet you’re thinking “aww that’s nice” or “wow that’s great” or something along those lines, and I’d be inclined to agree with you, but see moving house and ‘setting up shop’ somewhere else and having to furnish your property? That’s grounds for divorce right there.

Sure, it’s obviously meant to be a wonderful time within a relationship as you’re making a new commitment to one another to cohabit, and don’t get me wrong, it is wonderful, but there’s certainly a few points when you move in together that you sit there and think about how to kill your significant other and make it look like an accident.

Of course, the main thing I’m talking about it building the furniture. Naturally, if you haven’t been in this situation before, you’ll simply assume that I’m being dramatic but I can comfortably assure you that I’m not, it’s genuinely the only situation you’ll be in where you actually LOATHE your partner. We had coffee tables, beds, wardrobes, TV units, the works – all neatly packed up in cardboard boxes ready to be built and as each item took its form, our voices got louder and tempers frayed. Ha!

Granted after the jobs were done, I thought “surely we’re not the only ones who very nearly murder each other over anything with an Ikea sticker on it?” I wasn’t wrong, that’s for sure. After stumbling across a rather niche survey online, it seems that a quarter of couples have experienced arguments when building furniture together and over half of the respondents admitted to being involved in a slanging match when building flatpack furniture together were female. Can you blame us?

Conventional wisdom suggests that we women like to do things “the right way” as in we follow the instructions, we organise all the bits and pieces we need, I suppose we’d even make a cup of tea to last the duration of said building. Men – on the other hand – pretty much do the complete opposite. When they say women are from Venus and men are from Mars, there’s certainly method behind that madness – it’s true – hence the “disagreements” I guess. It seems to be a hot topic at present as well!

Online furniture retailer, The Furniture Market, put relationships to the test by challenging three couples to build a chest of drawers within 30 minutes, which the team so eloquently named it, the “DIY Stress Test” – which highlighted what couples ensure when building flatpack furniture together. You can imagine the outcome right? Take a look…

Surprising or not so much? My guess is not so much! A difference of opinion isn’t always an issue in a relationship until it involves getting from Point A to Point B, for instance, driving to a new place, or transforming flat pack wood into a lovely new coffee table.

Oh and just recently, match.com have jumped onto the bandwagon and they’ve genuinely started running “speed dating” nights with a twist – the twist being that the speed date doesn’t just involve exchanging pleasantries and age, sex, location – it actually involves the two people bonding over building flat pack furniture. Surely, taking this survey (and let’s face it, our own experience) into account, this isn’t the best way to form a romantic attachment. In fact, wouldn’t it have the opposite effect?! Who knows.

One thing’s for certain though, unless we consciously make an effort to compromise and employ a little “teamwork” in this situation, it’s safe to say that things might always be a little more heated than usual where Ikea’s involved.