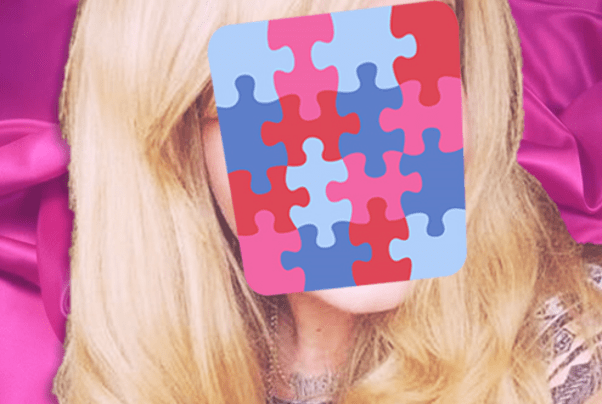 Dating apps have clearly been the talk of the town for the last few years. In fact, most of my friends met their SOs online either by swiping right or replying to a message or accepting a request. It’s also clear to see that more and more brands are beginning to realise that there is definitely a market for an “app for everyone”. By that, I mean that there are so many niches in dating that people are trying to nail and they’re just not quite getting there yet but by God, they’re trying!

It seems to be that people are getting a little bored with the concept of just swiping left or right now – our impulse has dropped completely – so now it’s up to the brains of the dating industry to come up with new and exciting ways to get people forming romantic connections over apps again. My thoughts? We need a new incentive. Sure, there’s obviously a guarantee of there being people on Tinder and POF and the likes but that’s pretty much it – what else is in store? Not to mention that after all the horror stories and disappointment that some people come across online, there needs to be an element of fun brought back onto the scene surely?

Well someone beat me to it, put it that way. A new dating app has arrived on the scene and not only is it bringing the fun back into online dating through what one might call gaming, it’s also completely personality led (thank God) which means that not only do you actually have to make the effort to create conversation, potential partners aren’t so easily disposed of with a mere swipe to the left. Self-esteem boost much? So, what is this? 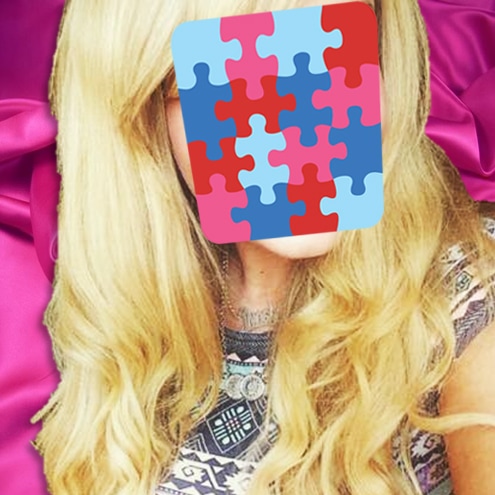 JigTalk is the “blind dating game”. That’s right, date AND game I guess! I know as well as anyone that when you’re single and you hop into bed at night, it’s a daily struggle with your conscience to decide between half an hour of either sifting through a dating app or playing Candy Crush. Now having the two combined, we can crawl into our covers in the evening with peace of mind that we are both entertained and engaged in conversation. The millennial dream right?

So what’s the deal, how does it work, what’s “blind” about it? Don’t worry, I’ve got you covered. The gist of it is that when you upload your photo, of course you know what it looks like, but to your unsuspecting matches, it’s initially covered with 16 jigsaw pieces. Still with me? Okay, good.  Oh and it’s vice versa too, you can’t see the guy either. Just a pretty jigsaw. Mysterious eh!

From this point, once two “JigTalkers” have matched each other, a – erm – JigTalk begins! The app asks icebreaker questions to get the conversation flowing and the jigsaw pieces pop away, one by one, as more and more messages are exchanged. The aim of the game is to exchange as many messages to clear the jigsaw and see what your match REALLY looks like. Needless to say, by this point, you’ll either be attracted to their personality – or not – so your initial thoughts/feelings about said man lurking behind jigsaw will be predominantly based on something other than their hair colour or whatnot. 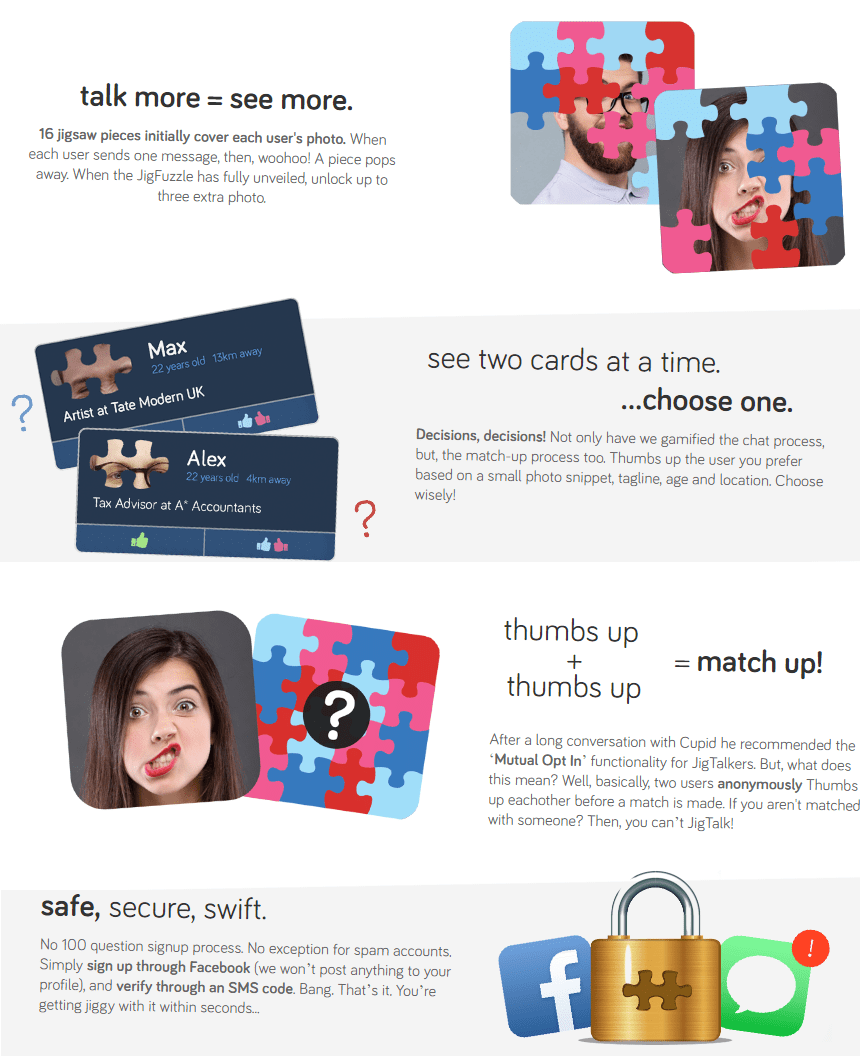 Personally, I think this is a huge development in online dating. We’ve been spoiled so far with so many dating apps that unfortunately, leave the focus to aesthetics and leaving us to assess a partner’s potential against what they look like and what they look like alone. Now, with JigTalk, not only is your blind date a wee bit of a colourful challenge, but you’re also learning how to like someone based on their sense of humour for instance. I love this idea and I think it’ll be the next big thing because when it comes to finding love – let’s face it – looks fade, but personality lasts a lifetime.

So fancy giving it a go?