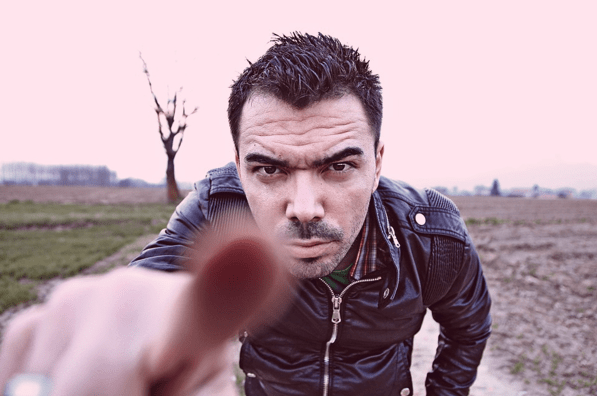 As well as know well and good by now, dating – at some stage or another – can be one of two things at any given time. It can be wonderful, or it can be an absolute pain in the arse. Generally speaking, this is down to a plethora of mismatches you’ve managed to meet up with. We’ve all been there – you meet a guy online, they seem like Mr Perfect, you arrange a date, or two, and you soon realise that, well, he’s not – nowhere near.

Of course when you’re dating, there are specific types of personalities you come across in men and there’re the ones you look for intently and the ones you want to avoid at all costs as if your life depends on it and needless to say, as each week goes by, I’m hearing more and more about “fuckboys”.

“Stay clear of the fuckboy” and “how to spot a fuckboy” and I’ll stop there because the list is endless. I’ve gotta admit, I had my own idea in my head of what kind of man this might be (I mean, c’mon, the clue’s in the name right?) but naturally, I endeavoured to find out why these types of men had women all over the world talking about them (and not in a good way either!)

Basically – in short – a fuckboy is a man who doesn’t respect women.

Obviously, there are lots of different ways for a man to disrespect a woman – unflattering terms, total disregard of feelings, flakiness, reverse psychology – to name but a few – and the fuckboy seems to be able to juggle all of these things, on top of being a bit of a narcissist too. Quite the day job eh! My real bugbear though is that all these recent articles in magazine and online focus on “the rise of the fuckboy” but let’s be economical with the truth here, surely he’s always been here? Don’t get me wrong, the new-fangled term is surely on the rise but the actual kind-of guy has been around since day dot and I’m pretty sure we’re all certain of that, we just didn’t have a fancy name for him then.

So it’s pretty clear that guys like this have been around for years, so why is it now – in 2017 – that their presence seems to be more rife than ever? We can ask our mothers and grandmothers if they’ve ever come across a bloke who seems to tick all these wrong boxes and chances are, they’ll tell you about more than one. Well, perhaps social media’s to blame?

It’s pretty easy to out someone for their actions these days, particularly where Facebook’s involved, not to mention you can use the power of the internet to find out more about people. Unfortunately as well, social media is guilty as charged for unnecessarily feeding egos and allowing people like this access to hundreds of thousands of relatively vulnerable women out there. It seems like these fuckboys are “on the rise” because it’s so easy. It’s so easy to act how you want because if Girl #1 disappears, guess what? Girl #2 can be found in a matter of seconds. Sad eh? Oh and we’ve seen it all before. Daniel Cleaver… hello!

So maybe it’s easier for men like this to operate in the modern world as it’s much easier to gain the interest of women all over the place online, through social media and dating apps, and a HELL of a lot easier to then dispose of them and move on to the next best thing. The fuckboy doesn’t really care whether you stay and play because if not, he can simply start swiping to find his next conquest who’ll give him to ego boost he so desperately desires.

One thing’s for certain, whether he’s on the rise of not, the fuckboy’s here to stay, so keep your wits about you ladies and don’t fall for the charm. You know how you should REALLY be treating if you’re dating or – in fact – in a relationship. You should be made to feel good, complimented, supported, communicated with – any of the opposites should be regarded as warning signs and trust me, if they start adding up, you’ll know for certain there’s a fuckboy in your midst, and if so, you know what to do.

Wait for your knight in shining armour – don’t be fooled by a tosser in tin foil. Oh and don’t forget…