When dating someone new, it’s pretty exciting. It’s like beginning a chapter in new book. You know nothing about the main character but you’re going to read on because you’re dying to find out. After a date or two, you start to put the pieces of the puzzle together to discover whether this is, in fact, a good match. You get to know their likes, their dislikes, their hobbies, their family history, their future plans, and everything in between. However, as rosy as it all can be, there’s certainly one thing that’s still (unfortunately) slightly taboo that doesn’t always come up in the initial stages of a relationship, but it’s probably one of the most important.

How often do people openly ask or talk about whether they’re clean as a whistle or not? They don’t, not really anyway. There’s still a certain stigma attached to STDs and in one sense, for good reason, because it can be a worry – especially if you don’t know whether or not the person you’re sleeping with has been tested. They’re so common these days, especially if you’re having unprotected sex, and it seems the under 25s are the ones ticking most of the boxes. So with all this in mind, is it important to be a little more savvy when it comes to taking a deep breath and asking your partner if they’re clean? Well yes of course!

Hell, I know that some of the more common STDs can be treated quite simply and they’re gone as soon as they came, but other can cause more complications than you can imagine so is it really worth the risk? Nope nope nope. The good news is that if you’re worried about opening up and asking your S/O about their sexual health (although you shouldn’t be), there’s now an alternative to give you peace of mind and here it is… 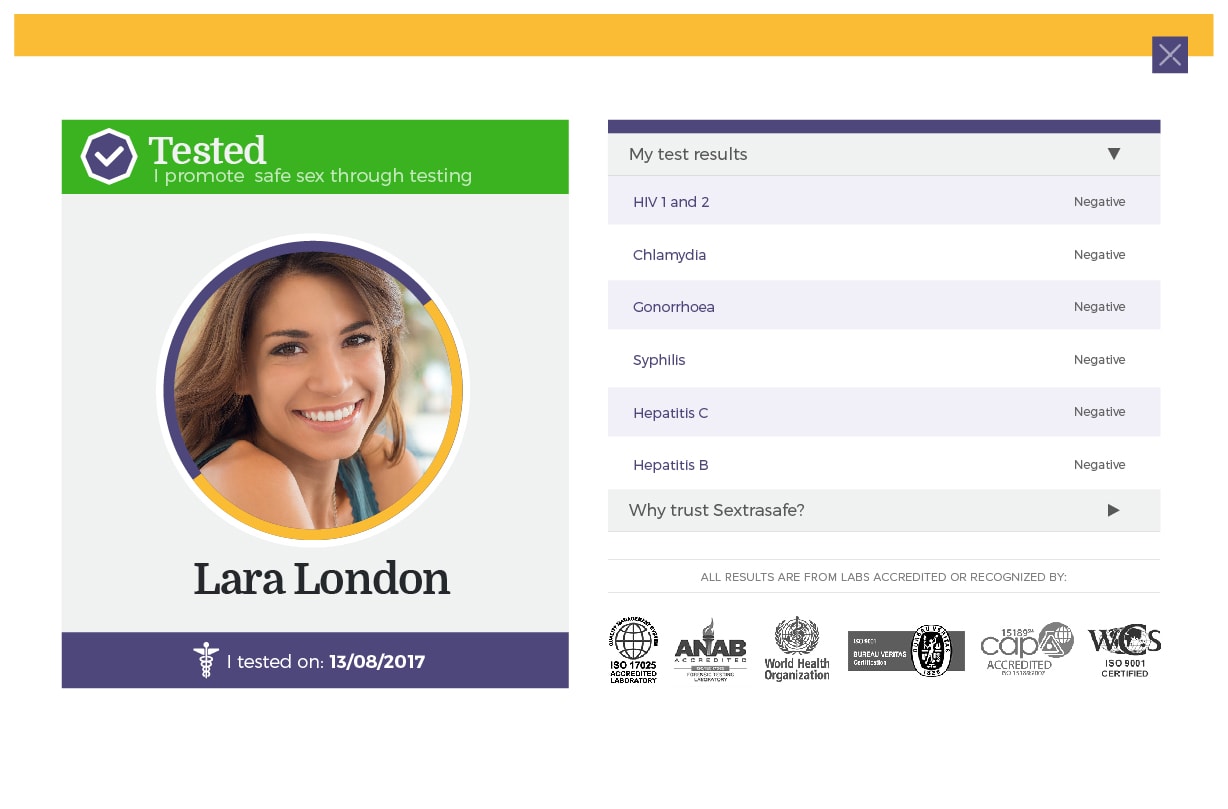 Optimised for the online dating scene SextraSafe promotes safe sex practices among singles faced with what the Centers for Disease Control has described as “the highest numbers ever” of reported cases of STDs. Totally easy to believe too? They’re EVERYWHERE so sexually active people are probably more at risk now than they ever were. So what’s it all about?

While the online dating scene has grown with the advent of dating and relationship apps, so have sexual health implications among users. SextraSafe.com has been launched to promote safer, better intimacy by encouraging verified STD tests to be shared anonymously. There’s definitely an app for pretty much everything these days so this certainly shouldn’t be any different and personally, I think it’s a good idea and yet another way that innovative people are taking the initiative to tackle the negatives of dating by turning them into positives.

Thanks to apps like Tinder, which alone boasts over 25 million matches every day, casual dating has increased exponentially especially among the 18 to 24 year age group which is – would you believe it – the demographic that are testing positive the most. I think when it comes to our sexual health, we’ve got to be logical. We wouldn’t want to get an STD, nor would we want the horror of finding out that we’d given it to someone else and these days, it’s so easy to find a local clinic and get yourself checked.

SextraSafe’s Alex Williams says that “Using SextraSafe, users can encourage and promote regular testing and safety methods. The SextraSafe team has been independently verifying STD results from accredited labs for over 20 years. We have extensive expertise in protecting data, championing privacy, and complying with complex regulations – Our purpose is to encourage people who are sexually active to be aware of their status and to encourage others to test, making safe sex even safer”

So, what do you think? Would you use SextraSafe?