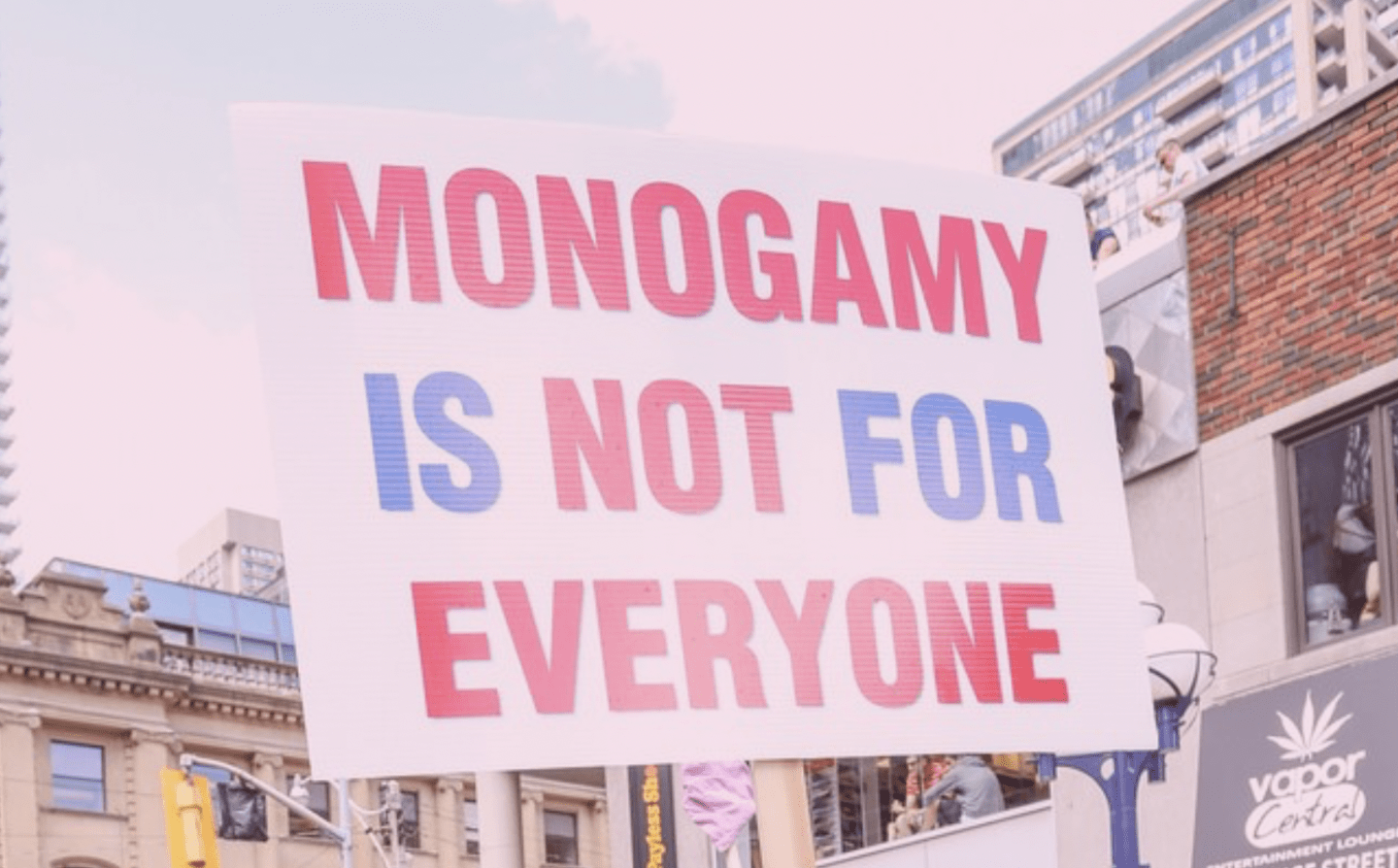 It seems that, as a nation, we’ve become pretty relaxed when it comes to relationships which is great! Conventional wisdom seems to suggest that we’ve all slowly started to come to terms with the fact that not everyone has “traditional values” when it comes to relationships and we’re learning to accept this. Monogamy, although the popular choice, isn’t the only option anymore as more and more couples are classing themselves as polyamorous, but I’m sure as hell that the vast majority of people don’t even know what it means.

So, with this in mind, here’s what polyamory’s all about…

First off, what actually is polyamory?

In short, it’s the practice of engaging in multiple sexual relationships with the consent of all people involved. This means that both partners within the relationship have mutually agreed to have sex with other people, whilst remaining committed to one another.

Is polyamory the same as polygamy?

No and let’s be clear on this. Sure, the words sound the same but the meanings could not be more different! Polygamy is marrying multiple partners, whereas polyamory is opening up your relationship or marriage to other partners without formal commitment. Polyamory’s all about romantic and sexual relationships, not marriage, so be sure not to confuse the two!

Can anyone be poly?

Not necessarily. It’s each to their own. If you go for a meal, you can’t just order a curry for everyone because some people mightn’t like spicy food, some may be vegetarian, some may have allergies, you get my drift? Polyamory is about preference – a choice to consensually open up a relationship to multiple partners. It wouldn’t suit everyone, but for those who it does, it works.

In a word – no – that is if you’re playing by the rules. If you want your relationship to be polyamorous, first there must be a certain degree of honesty and communication between you and your significant other. You would BOTH have to agree to open up to your relationship to include multiple romantic and sexual partners to class your relationship as being wholly polyamorous. If you decide to have sex with other people without speaking to your partner and hiding the truth about your liaisons, THAT’S when it’s deemed to be cheating. It’s not a fine line, they’re pretty different things and it all comes down to mutual consent. No mutual consent? No fidelity. Simple.

So poly people are kinkier?

Certainly not! Polyamory is not a sordid sexual practice and doesn’t necessarily involve whips and chains – although with some it might – but it’s the same case for monogamous relationships too! Polyamory is fundamentally about having more than one sexual partner and again, this doesn’t suggest that they are having sex with multiple people all at the same time! A polyamorous relationship involves having sex and relationships with more than one person, but this might even just be conventional missionary sex and perhaps a casual relationship – don’t just assume that because 2 people open up their relationship to others that they’re chasing the 50 Shades of Grey dream because chances are, they’re not. Polyamory is not synonymous with being kinky.

Do poly people get jealous?

Well we’re all human so of course they do! Jealousy is a perfectly natural emotion when your significant other is involved, even when there’s consent. In fact, in most instances, a little jealousy is actually quite healthy as it’s a clear indicator that you care about that person. Naturally, too much jealousy can become quite toxic. People in polyamorous relationships communicate a lot – perhaps in a little more depth than those in monogamous relationships – to continue to build and maintain their levels of trust. The more trust there is, the less jealousy there is.

Not necessarily. For any relationship to be successful, honesty must form the foundation – whether it be polyamorous or not. All relationships require trust and commitment, but without honesty, all these things are completely cancelled out – leaving the relationship in a war zone. If you can communicate your feelings, your thoughts, your wants, your dislikes, to your partner, the chances are you’ll be more empathetic and compassionate, and your relationship – polyamorous or not – will be stronger than ever.

So – have we all learned something today? Here’s hoping!