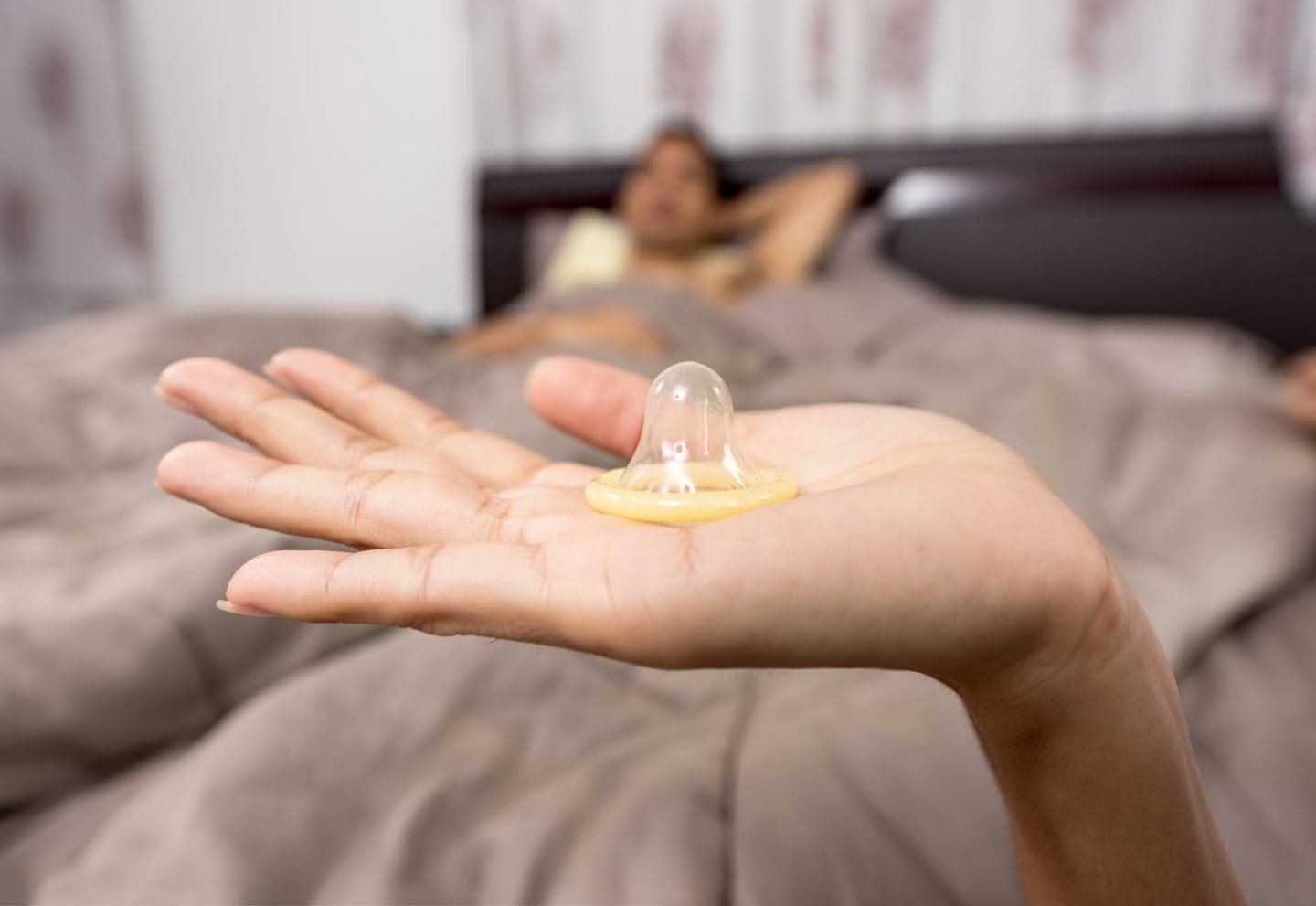 The dates are enjoyable, the conversations are pleasurable, and the sex is indescribable. However, things are getting a touch more serious. Perhaps you’re considering deleting your Tinder profile, or your Facebook status is being updated from ‘single’ to ‘in a relationship’ or you’re thinking about introducing you’re potentially significant other to your parents. These are all pretty common, recognisable relationship milestones, right? Right.

So at what point in modern day society will the safe sex conversation become one of those all-important boxes to tick when you’re getting it on with someone?

For some, I’m sure this goes without saying. Maybe before they even considering jumping into the sack with said potential partner, they need to be certain of a full, clean bill of health? If they are, it’s safe to say that they make up a small percentage of the population, as much as it saddens me to say.

Sometimes, we’re just not as savvy as we should be when it comes to sex.

See what I mean. STIs are still as rife as ever, which means that opening up and talking to your S/O about safe sex is potentially more important now than it ever has been before.

It’s a little odd though. What’s the harm in opening up conversation about safe sex? It seems there is still a teensy-weensy bit of stigma surrounding bringing up the subject of STIs and other such related matters. What I’m saying is there shouldn’t be. In fact, if anything, it should be the opposite. The harm in NOT talking about safe sex can actually cause more harm if you think about it.

Correct me if I’m wrong (which is a rare occurrence) but if you’re casually dating and/or sleeping with someone, using protection is pretty important. You might not feel the need to delve into the nitty gritty of each other’s sexual pasts at this stage but by using condoms, at least you can prevent any unnecessary evils. Don’t get me wrong, it’s always better to lay your cards on the table if you can but I know if it’s a one-night-stand, chances are you’ll never see that person again, but at least you can sleep easy knowing that you got laid, and you did it safely too.

If you’re getting a little more serious with someone and perhaps don’t want to be whipping out a Jonny mid-coitus, then you’ve got to be certain that it’s going to be safe moving forward.

Newsflash guys – checking out your sexual health is NOT something to be embarrassed about, which is somewhat contrary to popular belief.

You want to be able to enjoy your sex life with your significant other without having to worry about what you might be contracting, trust me. There are loads of ways to get checked too. LloydsPharmacy Online Doctor gives people a safe and convenient way to be checked, amongst lots of other options as well. Just a simple Google search will point you in the right direction of your nearest clinic. A quick pee in a pot and a few Q&As can quickly determine whether you’re clean or need treatment.

What I’m trying to say, albeit pretty inarticulately, is that STIs aren’t uncommon and they can be treated. You need to be able to suck it up and discuss it with your S/O. It’s nothing to be ashamed about, and if he/she is worth their salt, they’ll respect you and appreciate you for bringing it up. Just think about it, stress-free sex from here on in. Now, that’s a movement I can get behind.

Don’t make a big deal about it, because getting checked is NOT a big deal. So, how to talk safe sex with your S/O? It’s simple. It’s a normal, average, run-of-the-mill conversation. Find out when you were both last checked, and if it wasn’t recent, get yourselves tested again. Clean as a whistle? Crack on. Something to be sorted? No problem. No bells and whistles. A simple treatment, steps to follow and you’re good to go. Feel better about it now? Yep, that’s what I thought. Be safe. Be savvy. Get checked.

As the old saying, goes it’s better to be safe than sorry!