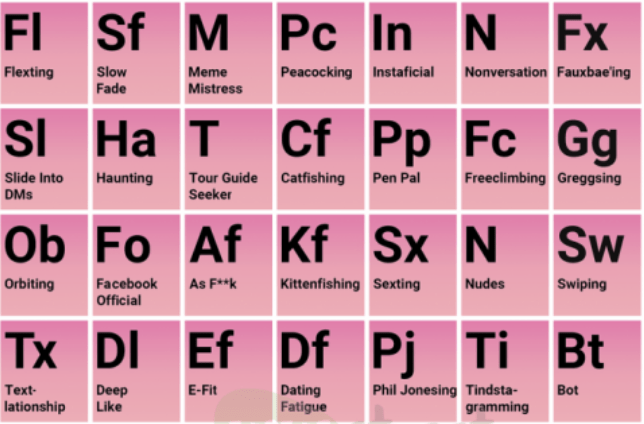 Do you know your cuffing from your catfishing?

Probably not. The dating game has fast become a proverbial minefield of new fangled dating terms, none of which we could recall all at once or perhaps even get our heads around for that matter. There are a huge number of words and terms now closely associated with dating that haven’t been before, so it’s no wonder as to why we’re all a bit confused when we’re faced with online news and magazine articles littered with words like freckling and ghosting and breadcrumbing. However, don’t sweat it. I’ve got something that’ll help… 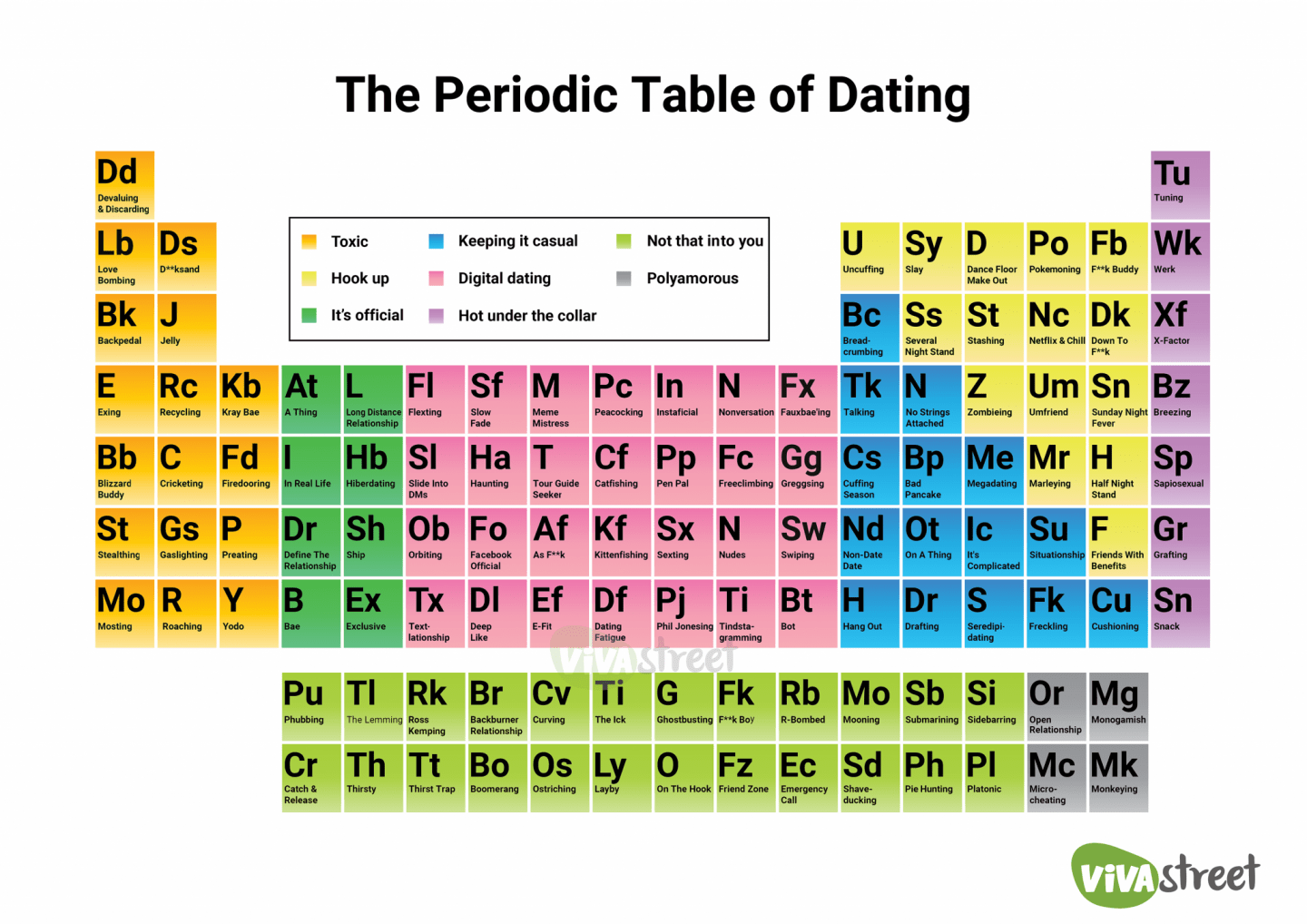 Having on hand a second option to turn to should your relationship fail, and you want to soften those feelings of rejection.

Leaving someone hopeful of keeping the relationship alive by offering just the right amount of attention.

The time during winter when those usually content with casually dating or being single, decide they’d prefer to be in a committed relationship.

A summer fling which disperses as the winter sets in.

Using old or edited photos to present a less than accurate profile.

Sending or receiving sexual content with another, mainly by phone.

Pretending to have a significant other on social media, though single.

Leaving as soon as sex is over rather than staying the night.

Both partners agree they can sleep with other people.

Preferring to look at your phone rather than your date.

One person wants to be just friends, but the other’s interested in something more.

When your message is read but not responded to.

Messaging someone weeks after ghosting them, completely oblivious.

A person who finds the intellect of someone one of the most sexist things about them.

Working hard to get another person to like you.

Someone so attractive you want to just to eat them.

Giving someone the cold shoulder after offering them an elaborate dating experience.

When a man takes their condom off during sex, despite not informing or asking for his partner’s consent.

So, time to do some revision boys and girls. Oh and if any have been missed out, do let me know. Don’t phub your partner in the process to find out though, you don’t want to ignore a snack like that, especially when you’re FBO. Although, I would be interested if you did know of any. I’m quite the etymologist and with that being said, I suppose I’m a sapiosexual IRL too.

See what I did there?